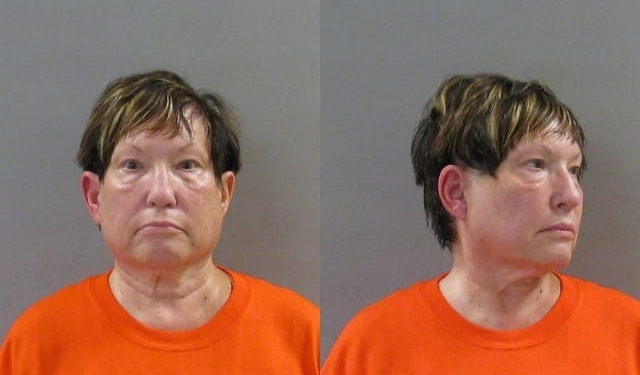 DELMAR — The wife of a former Bethlehem Police officer was arrested on Thursday, Aug. 10, at around 2 a.m., after the Bethlehem Police Department responded to a report of a domestic violence incident in Delmar.

According to reports, Bethlehem Police responded to a report of a domestic violence incident at the Linstruth home in Delmar at about 2 a.m. Upon arrival officers placed Denise M. Linstruth, under arrest after reportedly witnessing her attempt to smother the 78-year-old victim with a pillow.

The victim was transported to St. Peter’s hospital for evaluation and released a short time later.  Based upon the investigation and execution of a search warrant, it was determined Denise M. Linstruth attempted to smother the victim with a pillow while he was in bed, and had attempted to pull on his dialysis tubes that are attached to his chest, further, that she had caused physical injury to his arm and head by striking him.

Denise M. Linstruth was arraigned in the Town of Bethlehem Court and remanded to the Albany County Jail without bail as the Bethlehem Police Department and the Albany County District Attorney’s office continue the investigation. She is scheduled to return to court on Tuesday, Sept. 5, at 4 p.m.

Bethlehem Library Board to consider pulling plug on public access