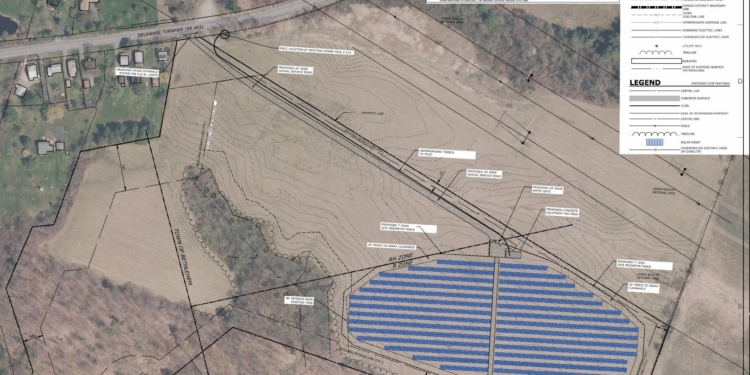 BETHLEHEM — Bethlehem Central School District has plans to harness the sun to power its schools. The district has entered into an agreement with a solar company to build an off-campus solar array that will provide power exclusively for BCSD.

In May 2015, BCSD issued a request for proposals from companies capable of producing solar energy for the district. Of the five developers who submitted proposals, SunEdison Government Solutions was selected to build the off-campus solar array, expected to provide as much as 85 percent of the district’s energy and save more than $6.5 million over the next 25 years.

However,  just after the school board approved the selection of SunEdison that November, the company’s stock plummeted and it filed for bankruptcy in April 2016. One of its departments was subsequently acquired by Japanese company Mitsui & Co., Ltd., and, under the new name Forefront Power, LLC, will now be developing and managing the new BCSD solar array.

Under the Power Purchase Agreement, or PPA, a 2.1 megawatt solar photovoltaic system will be placed at a site off school property but within the school district’s boundaries. District facilities will not be powered directly by the solar panels but instead gain the benefit of the solar array through a process called “remote net metering,” though which district will receive credits from National Grid for the energy the solar panels produce and add to the company’s power grid.

The agreement also includes an instructional component that will be in place once the solar array is operational, according to district officials. Once the solar panels are up and running, there will be displays or kiosks set up at one or more of the schools that utilize monitoring software to provide insight into the district’s solar array performance.

“Students and staff will be able to follow actual solar energy production, environmental offsets, weather and operating performance on any given day,” said Gregg Nolte, BCSD director of facilities and operations and co-chair of the district’s Green Team, when he announced the initial agreement last summer.

Pursuant to an agreement made by the late Marvin LaGrange, the LaGrange dairy farm in Fuera Bush has agreed to lease approximately 11.5 acres of land, a little more than a fifth of the property, for the project. As the array will not be located on school grounds, the district does not need to be approved by the state education department, but the developer has had to apply for zoning variances to build on the site, which is located in two different zoning districts. One district, the one in which the array will be located, allows solar facilities, the other does not. Due to an access driveway planned to run through the latter district, Forefront is required to seek an area variance. Both districts also have different setback requirements and Forefront is requesting that the town zoning board approve a reduction in those. A public hearing on the matter has been set for the evening of Wednesday, Aug. 2 at 7 p.m. in the Town Hall auditorium.

Once approvals have been granted and the project gets underway, it is expected to take approximately six months to complete.

How to eat prior to, and after your workout