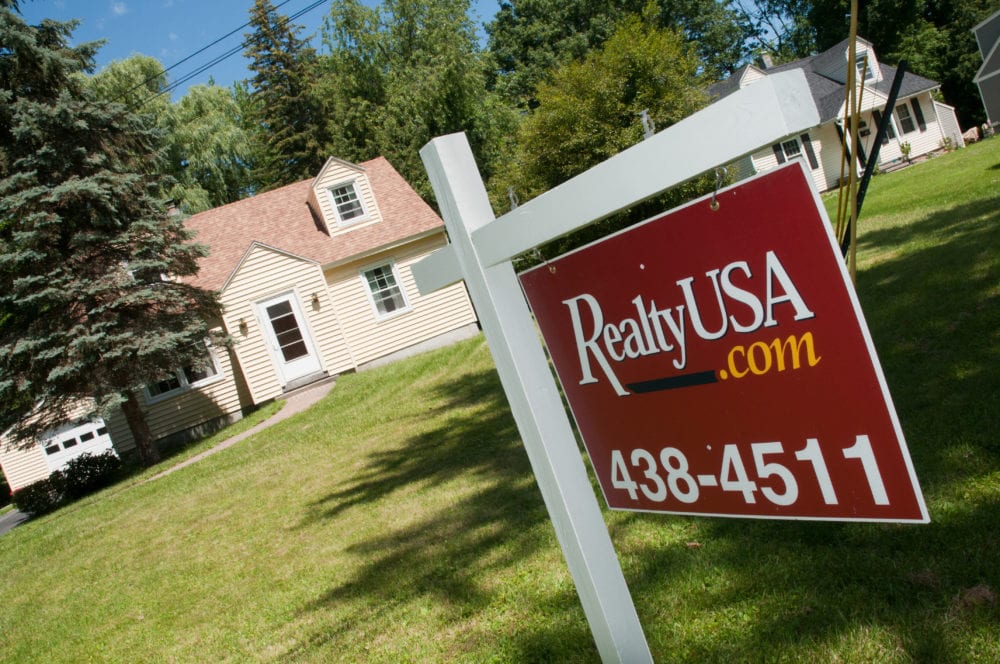 ALBANY — On June 19, the state Assembly passed legislation, sponsored by Assemblywoman Patricia Fahy (D-109), which would allow the Town of Bethlehem to establish a dedicated open space conservation fund and, if the town so chooses, levy a property transfer tax of no more than 2 percent to deposit into that fund.

(To clarify: levying any transfer tax under the Assembly-passed legislation would require town board approval AS WELL AS a town-wide referendum in which a majority of voters would need to vote in favor of the proposed tax.)

Two days later, the Senate version of the bill, sponsored by Sen. Neil Breslin (D-44), advanced to the Rules Committee, it never advanced to the floor for a vote before end of session.

Since the open spaces conversation was formally reopened last fall, the biggest pushback has thus far been a widespread perception, mostly on the part of large landowners, that the effort to conserve open spaces will inevitably infringe on property rights. With the passage of the Assembly bill, however, critics have questioned whether the board was forthcoming enough about the possibility of implementing an additional tax.

During the Oct. 13 Town Board meeting at which “Open Space Preservation Discussion” first appeared on the agenda, however, board members appeared to take the idea of personal property rights seriously and reiterated numerous times that any participation on the part of any landowner would be strictly voluntary. It is a position they have maintained throughout initial conversations, and leading up to preliminary open space planning phases currently underway.

At the October meeting, Supervisor John Clarkson noted that a large portion of Kleinke’s Farm on Kenwood Avenue is currently under consideration for development, saying he knew that would be of concern to some town residents. Other than merely offering the owners a conservation easement exemption, he suggested the town might want to explore other programs as well, naming a few he had already mentioned.

He then asked whether the town should consider raising funds to bankroll easements and other ways of compensating landowners, acknowledging that it was a line had not yet been crossed. “The reason I think we should discuss and think about it is because it’s something we hear from residents. They have suggested to me, to you, ‘Why don’t we start a fund? How about looking at raising funds from the community?’”

“I think we need to do a serious exploration of funding mechanisms that we, as a town, can tap to either build a fund or open the door to resources,” added Town Board member David VanLuven, an ecologist who is running for Town Supervisor. VanLuven, who has had experience working with open space conservation in other communities, specifically mentioned agricultural landowners who might be interested in continuing to farm their land but feeling financial pressure to sell to developers instead. Having “state, federal and private dollars to help,” he said, might be able to help those farmers stay in their homes.

Conservation and agricultural easements, said VanLuven, are essentially a way of compensating private landowners for maintaining something of value to the whole community.

“If it’s something we value,” he said, “we should be willing to pay for it.”

During what became a lengthy conversation among all the board members that first evening, VanLuven offered to “run point” on identifying potential funding and viable programs, but before the night was over, Clarkson had already suggested exploring the open space preservation fund/transfer tax option, which he said the state has extended to 11 other municipalities.

While he wasn’t yet clear on how much revenue might be produced or how the fund and tax might be implemented, Clarkson did say that he had already spoken to Fahy about introducing the legislation in the Assembly, which she did more than three months later.

Under the legislation, A03028A in the Assembly and S3526A in the Senate, the town would have received authorization to establish a “community preservation fund” and to establish a local real estate transfer tax, up to 2 percent, to contribute to the fund, which would not have been permitted for transfer or usage beyond the preservation of open space and activities dedicated to such. There was also a provision regulating how any additional funds are to be disbursed in the event that the fund is dissolved.

During subsequent meetings at which open spaces preservation was discussed, in November, February, May and June, the conversation focused on the citizen committee on open space preservation, the hiring of a consulting firm, values mapping, and citizen outreach. While property rights were also a core topic of conversation, comparatively little mention was made of potential revenue sources.

“This was not done sneakily,” said Jim Foster, a Republican candidate for Town Board who has been critical of [the lack of?] transparency in town government. “I’ve seen some misinformation out there that there was no discussion about this and it’s simply not true.”

That being said, Foster continued, “I agree with David VanLuven that, if we think it’s important, we should pay for it. However, what I disagree with is forcing people to pay for something though a tax that they may not necessarily believe is the best way to deal with an open spaces issue.”

Foster said that he has “more respect for the generosity of Bethlehem residents,” and that he would prefer to see open space programs funded by donations or through non-profit organizations.

While VanLuven seemed uncertain whether the legislation would be re-introduced during the next legislative session, and even less so whether it would be able to pass in the Senate, he reiterated his conviction that landowners should be compensated for the preservation of lands enjoyed by all.