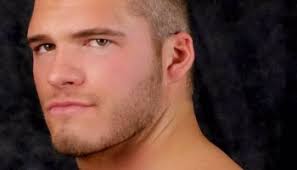 BETHLEHEM — “It’s basically a big steel cage around the ring, so you can’t really get out and if you get thrown up against it, it hurts a lot more,” explained Zack Carpinello, a local professional wrestler who works and trains at Top Form in Delmar. “Wrestling fans like things like that. Or, even if you’re not a wrestling fan, it’s an attraction.”

On Saturday, July 1, Carpinello will compete against pro wrestler Tyler Vincent in a steel cage match at the Bethlehem YMCA.

While Carpinello, who was born and raised in Bethlehem, has aspirations to a career with Worldwide Wrestling Entertainment (WWE), he has only just begun climbing the ranks of professional wrestling. A 2013 graduate of Bethlehem Central High School, he spent two years at In Your Face Wrestling Academy in Albany, where he had his first professional bout, and he was training at Johnny Rodz’s Wrestling School in Brooklyn only a year ago.

Carpinello explained how pro wrestlers are essentially independent contractors. When a professional wrestling company stages a fight, they reach out to pros like Carpinello, who has chosen to go by the wresting name Zack Clayton (Clayton is his middle name; he has said it keeps him “authentic”).

A company for which he sometimes wrestles, Dynasty Pro Wrestling, threw two events at the Bethlehem YMCA last year. Carpinello said he said he was disappointed that the turnout wasn’t better.

“I wasn’t affiliated with the company at the time, for no particular reason,” he said. “And they just didn’t do so well.” Now that he wrestles for Dynasty, he suggested that they hold another event at the YMCA. “I said, ‘Hey, let’s do that again,’ because I live here, I work here, I’m from here and I could probably get some people to go.’”

There will be a meet-and-greet ahead of the bouts, from 5 to 6 p.m., so fans can meet their favorite local wrestlers.

“We’re going to bring in some good entertainment,” said Carpinello.

Wrestlers on hand for the meet-and-greet include special guest and WWE hall-of-famer Greg “The Hammer” Valentine, as well as Furio Falcone, Kenny Roberts, Anderson Anderson, Tracer X, Sonny Kiss and Joe Gacy (in his debut appearance). Big Jym Anderson will wrestle Bull Hightower in the bullrope match; the tag team match will pit The Saviors against Capital Punishment; and Kacee Carlisle will go up against Allison Jade. The final championship match, in which Carpinello will wrestle, will take place in a giant steel cage. Other matches are expected to be announced.

Tickets to the event, which will take place on top of the YMCA’s ice rink, are $12 general admission and $25 for front row seats. According to Carpinello, part of the proceeds will be donated to the Bethlehem Booster Club.

There’s a certain amount of showmanship in professional wrestling, Carpinello said. Typically, there’s a “good guy” and a “bad guy” in each match. While he can do both, Carpinello prefers to play the bad guy. “I’m a bad guy,” he said. “I don’t like kids.” Then he laughed. “No, I’m just kidding.”

The night before, on the evening of Friday, June 23, he had wrestled in an outdoor match as the bad guy and said that fans followed him back to his car following the show, still shouting things at him. “It’s just fun,” he said with a grin.

While he hasn’t made it to the WWE yet, Carpinello has already been featured on television. Wrestling in New York City in the spanish leagues Consejo Mundial de Lucha Libre (CMLL) and Lucha Libre AAA Worldwide (AAA) has landed him on Telemundo several times.

When he’s not wrestling, Carpinello trains athletes at Top Form, something he said he’s been “obsessed with” since high school. A football player back then, he knew that wasn’t something he wanted to continue doing. He had watched professional wrestling for as long as he can remember, he said, and, impressed with the size and athleticism of its wrestlers, he decided right out of high school that’s what he wanted to do. While he doesn’t train professional wrestlers at Top Form, he said he would he happy to talk with any young athletes interested in pursuing it as a profession.

Asked if winners are decided prior to the matches, Carpinello just smiled and said, “You’ll just have to come check it out and see what it’s all about.”