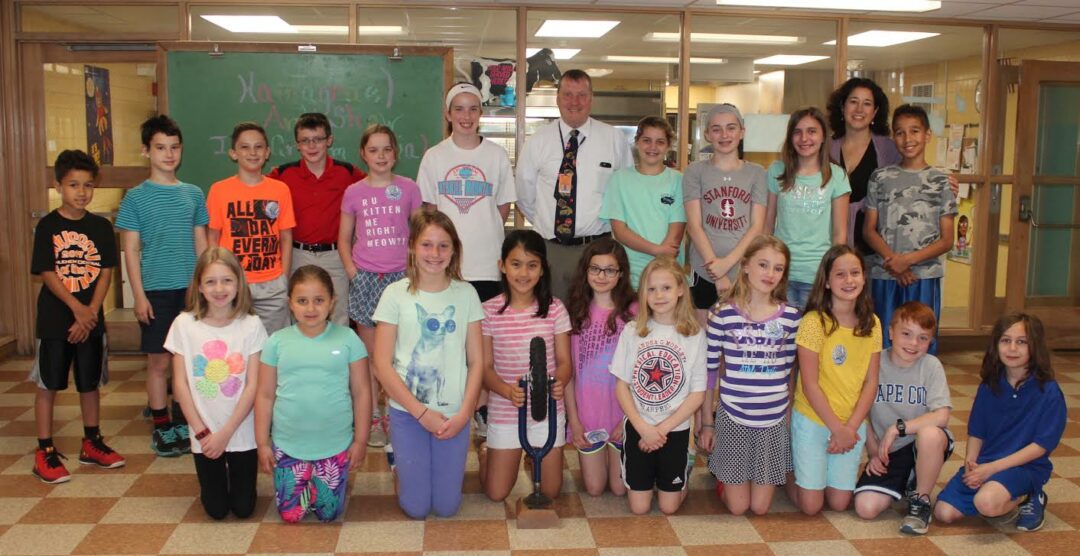 For the second year in a row, Hamagrael Elementary School has been named the winner of this year’s Bike to School Challenge by the Capital District Transportation Committee (CDTC). More than 300 children and adults participated in the school’s Bike/Walk to School Day on Wednesday, May 10.

Hamagrael was first presented with the Wheel of Knowledge trophy by the CDTC in 2016 for having the highest Bike-to-School participation rate in Albany County, and will now get to keep it for another year.

This is the second year that CDTC, the region’s official metropolitan transportation planning organization, challenged area schools to join their bike-to-school and bike-to-work endeavor encouraging students and parents to grab a helmet and put two wheels (or in some cases, four) to good use. Hamagrael has been hosting its own Bike/Walk to School Day for several years.

“Last year, we had about 130 students who joined us and this year that increased to about 225,” she said.

“We have a lot of people who pitch in to make it a fun and safe event for families,” said Cunningham, who was also instrumental in helping the PTA secure a grant for new bike racks at the school.​ “This includes the Bethlehem Police Department and Detective Mike Whitely, in particular, who has contributed so much to our Bike to School Days.”

Principal Dave Ksanznak said Bike to School Day is something the school looks forward to all year.

“It could not be possible without our hardworking PTA volunteers or without our community’s commitment to student wellness and to the environment,” said Ksanznak. “Hamagrael is also fortunate to be situated in a neighborhood that is ideal for riding your bike.”

Though the trophy will stay at Hamagrael for another year, the school may feel some competition when Cunningham looks to expand the effort to BCMS, where her fifth grader is headed next year.

For Ksanznak, at least for now, the thought of handing off the trophy to someone else has not dampened his spirits.

“We are feeling pretty good about keeping this trophy here and even better about how popular this event has become at Hamagrael,” he said, admiring the trophy in the school’s main foyer. “I think they will be adding a second plaque to the side of the trophy, just like they do with the Stanley Cup.”

DOC’S DIARY: Ranking schools is like ranking a mother