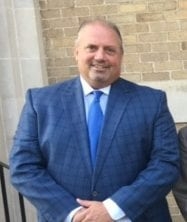 BETHLEHEM — Citing a need for “a new vision, balanced growth, more efficient town services and an end to one-party rule,” the Bethlehem Republican Committee announced its slate of candidates for town office in the November general election at Bethlehem Town Hall on the evening of Thursday, May 18.

Jim Foster, who lost the election for town supervisor against incumbent John Clarkson two years ago by a mere ten votes, was widely expected to be the party’s pick to run for that office again this year. Instead, he will be running for a four-year term on the town board.

“Since the last election, I have been overwhelmed by the support and kind words I receive on nearly a daily basis from countless people around town,” said Foster, who maintained that personal and professional obligations prevented him from seeking the higher office this year. “I know that I can still serve my community by being an ear and voice on the town board for all of Bethlehem’s residents,” he said. “Not just the chosen few.”

Gary Fish, a former inspector for Albany County and New York state, has won the GOP endorsement for town supervisor in the November election.

“I made this decision a short time ago,” said Fish. “Many residents feel that one-party Democratic rule in Bethlehem has resulted in a very unfocused and piecemeal style of governance, leading to unfair assessments, wasteful resolutions, overregulation and unbalanced growth. This approach has undesirable results such as suburban sprawl, overcrowded classrooms, strain on our infrastructure and questionable development projects. We need a more focused leadership that will bring greater efficiency and transparency to town government, leaving residents confident they are getting the services and respect they deserve.”

The party is hoping to increase conservative representation in a town government currently dominated by Democrats.

In service of that goal, the Bethlehem Republican Committee has endorsed the following Bethlehem residents:

Jim Foster, 34, of Delmar, for Bethlehem Town Board.

John “Tiger” Anastasi, 57, of Delmar, for Bethlehem Superintendent of Highways.

Candidate for Town Supervisor Gary Fish is a lifelong resident of Bethlehem and has spent more than thirty years of his career in public service. He served as an investigator for the Albany County Deputy Sheriff’s office and taught the DARE program in the Voorheesville and Berne-Knox-Westerlo School districts. In 2012, he was hired as a senior investigator for the New York State Fraud Inspector General, where he conducted felony fraud investigations on medical providers and attorneys, as well as claimants and businesses within the Worker’s Compensation system. He retired in 2015.

“I think I’d like to look at taxes, and residential and commercial growth,” he said. “Those would probably be my top three [issues]. I’m going to go out and meet every business owner in town and see what their needs are. What helps them will, in turn, help the community.”

While Fish said that this is his first foray into politics, it would not be the first time he has worked for the town. In 2008, while he was an Albany County deputy sheriff, he was fired from a part-time job working security at the Bethlehem Water Treatment Plant next to the Vly Creek Reservoir in New Scotland. The town cited repeated scheduling conflicts, but Fish believes it was because he contradicted reports by the town regarding mercury that had been spilled at the plant when a flow meter broke.

“If you look at my employment record, and the timing of things, and the way it was done,” said Fish, claiming that he was let go at his employer’s home and never even asked to return any his security badge. “They wanted me out of there.”

The mercury spill, reported to the state Department of Environmental Conservation by unnamed employees before Fish challenged the town’s characterization of the event, resulted in $77,500 in penalties for seven violations, but that was reduced in exchange for safety remediation measures and the town was ordered to replace all flow meters at the plant.

Jim Foster, running for town board this time around, is an attorney with Couch White, LLP in Albany. Foster has experience as a senior auditor at UHY Advisors and a background rooted in volunteerism, including years of service with the Elsmere Fire Company and as an Advisory Council member of the Bethlehem YMCA.

“My main focus will be on local issues,” said Foster. “I will encourage open, honest, and respectful dialogue as we all work together to protect and preserve the character of Bethlehem and make the community a better place for everyone.”

John “Tiger” Anastasi, another lifelong resident of Delmar, is the owner of a family contracting business, with forty years of construction work experience. He is familiar with a wide variety of construction and building services, including site work, sewer and water development, snow plowing, design planning, masonry and all phases of construction management.

“The Highway Department plays a key role in maintaining all routes of travel for motorists, pedestrians, and cyclists. In recent years, taxes have escalated and, unfortunately, many necessary services, such as leaf pickup and snow removal, have diminished,” said Anastasi. “It appears there is a seeming lack of attention to basic questions and concerns presented by residents and taxpayers. As Highway Superintendent, I plan to get the department back to basics, ensuring calls from residents and property owners are answered in a timely and responsive manner; to empower the capable employees of the Department to carry out their jobs without interference or political considerations; and to erase any unnecessary expenses to protect taxpayers.”

Colin Dwyer is an associate attorney at Cooper, Erving & Savage in Albany and an adjunct professor at Siena College’s School of Business, where he teaches business law. He has years of experience practicing law, focusing his practice on criminal law, vehicle and traffic law, matrimonial law and personal injury law.

“I have lived and been connected to the Town of Bethlehem my entire life,” said Dwyer. “I grew up here and I love this community. I am very excited to be presented with the opportunity, through public service, to represent my town and give back in a meaningful way. As the son of a long time former Bethlehem Town Judge, Paul Dwyer, I have had the unique experience to see how the Town Judge should conduct himself in and out of courtroom and have learned how the job and the court can be efficiently and judiciously run.”

The candidates expect to attend various town events during campaign season and say they look forward to meeting residents throughout the summer and fall until Election Day on November 7th. They will also be launching campaign Facebook pages with more information on the races and themselves.

“Our ticket represents a continued commitment to run candidates who bring a new perspective to the table and will offer smart alternatives to the agenda pursued by the Democrats who have controlled our local government for years under a one-party system,” said GOP Committee Chairwoman Melissa Kermani. “The candidates are ready to respond to what they have found to be widespread dissatisfaction among residents with town government in areas such as taxes, overdevelopment and public works.”

On Thursday, June 15, the committee will host a $20  ‘Meet Your Candidates’ happy hour on the patio of My Place & Co. on Delaware Ave. in Delmar.