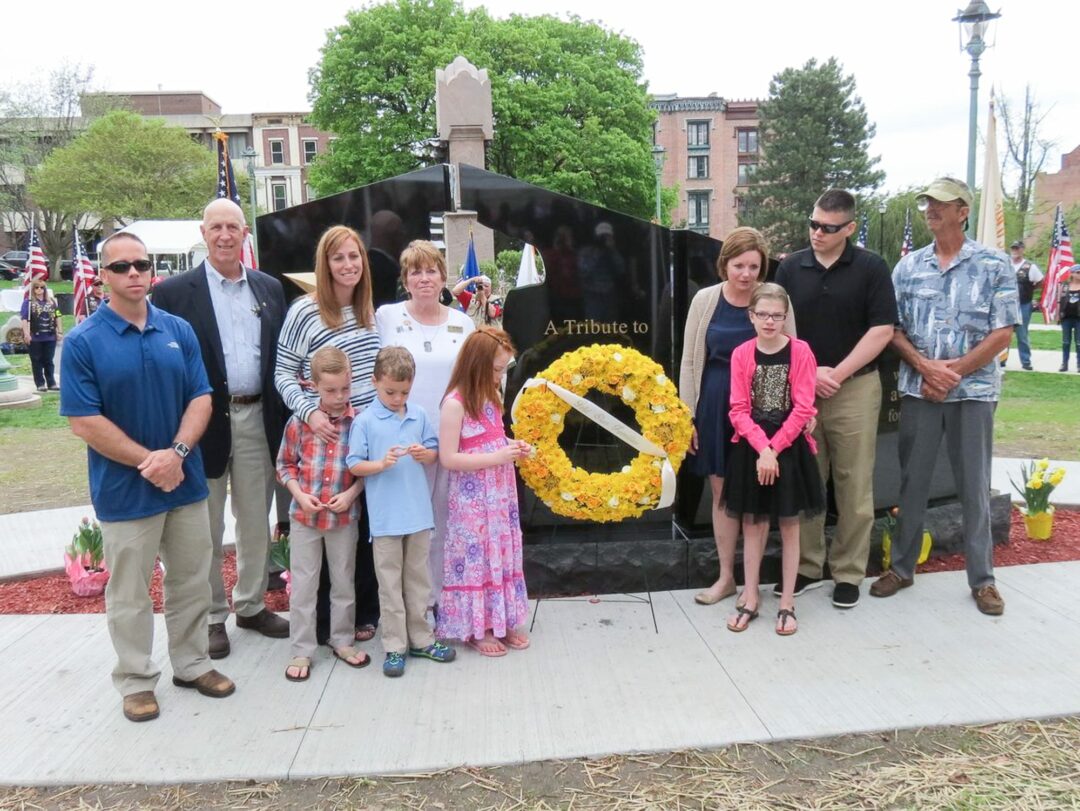 The family of Tim Moshier, who was killed in Iraq in 2006.

The monument honors the surviving family members of those who have died while on active duty.

In attendance was the family of Capt. Timothy Moshier, a Bethlehem resident killed in 2006 when his helicopter crashed in Iraq. They participated in the wreath laying ceremony.

Rev. Charlene Robbins – who lost her son, Thomas Robbins of Delmar, in a 2004 Iraq accidental explosion – gave the invocation at the ceremony.

Francis S. Currey of Selkirk, a former Army sergeant who earned a Medal of Honor in World War II, was also in attendance.

Hershel “Woody” Williams, who earned a Medal of Honor for acts of bravery on Iwo Jima in World War II, spoke during the dedication as did retired U.S. Rep. Michael McNulty of Green Island. McNulty’s brother William, a Marine, was killed in the Vietnam War.

Last year, Gold Star Families of the Greater Capital District and the Tri-County Council of Vietnam Era Veterans launched a successful campaign to raise $75,000 for the project.

The family of Tim Moshier, who was killed in Iraq in 2006.

Get out and walk

Retirement planning is essential for entrepreneurs