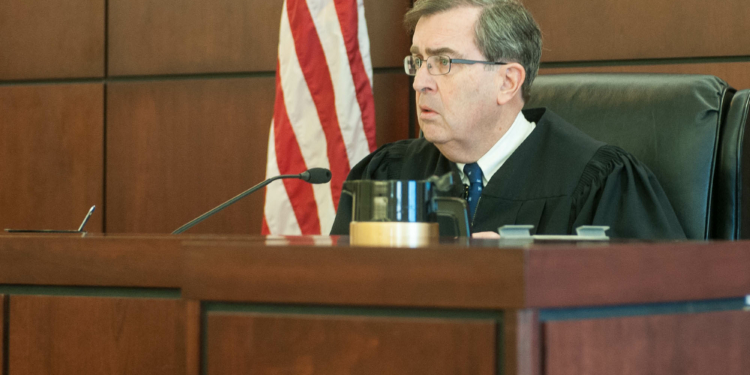 UPDATE – Aug 3, 2017: An Albany County Judge dismisses another case from the Justice Center citing this case as basis. Click Here for details.

In a decision that could have a dramatic impact on cases brought by the Justice Center for the Protection of People with Special Needs, a judge on Thursday, March 30 tossed the rape charges brought by the state agency against a former teacher at the LaSalle School.

Albany County Court Judge Thomas Breslin ruled the only way the Justice Center could prosecute Marina Viviani is if it had permission by District Attorney David Soares, and if Soares maintained oversight and responsibility of the case.

“There is no evidence that the District Attorney has retained ultimate prosecutorial authority and responsibility in this case,” Breslin wrote in a five-page decision (see below.) “Accordingly, this court finds the Justice Center did not have authority to prosecute, and the case must be dismissed.”

In September, 2016, The Justice Center charged Viviani with a host of crimes related to allegations she had sex with a student at the Albany school that serves troubled, adolescent males. The Justice Center then continued prosecuting the case, including bringing it to a grand jury and obtaining an indictment.

Her attorney, Michael Pollok, claimed the state constitution only gives county District Attorneys and the state Attorney General – both answerable to the electorate – the power to prosecute criminal matters. Attorney General Eric Schneiderman signed on, saying the executive order by Gov. Andrew Cuomo creating the Justice Center and the legislative decision to grant it the power to prosecute is unconstitutional for the same reason.

The Justice Center was given “concurrent” authority with the

District Attorneys when it was created by the legislature at the urging of Gov. Andrew Cuomo in 2012, and believes it doesn’t need anyone’s permission to prosecute criminal matters.

Pollok, a solicitor general for the AG’s office, Andrew Ammend, and Jacqueline Kagan, a deputy special prosecutor for the Justice Center, presented oral arguments stating their respective cases to Breslin earlier this month.

Breslin, in his decision, wrote the state statute creating the Justice Center “can pass constitutional muster by reading it to require the District Attorney to maintain ultimate prosecutorial responsibility for the prosecution of any case.”

And, he wrote, there was “no evidence” the Soares maintained that responsibility, if it ever assumed it from the start.

Pollok said his client was “very pleased” and believes the decision is going to have an impact on every case the Justice Center has ever prosecuted.

The Justice Center, in a statement, said it is reviewing the decision, considering its options and is not ruling out an appeal.

In a statement, a spokeswoman for Albany County District Attorney David Soares said the office was just following protocol established by the state Legislature when it created the Justice Center.

“Our office, along with District Attorneys across the state, has understood that the Justice Center for the Protection of People with Special Needs has operated with concurrent jurisdiction to prosecute criminal law violations in state-run facilities since their creation by statutory design under New York state law,” the statement reads.

Since he ruled the Justice Center did not have authority to prosecute, Breslin said the DA’s office could not continue with the Justice Center case against Viviani, but did not explicitly say the DA could start over. The spokeswoman, Cecelia Walsh, said that matter is under review.

The decision will likely head to higher courts – first the Appellate Division and then the Court of Appeals, the state’s highest court – but if Breslin’s decision is upheld, it could re-open every case the Justice Center has prosecuted since it’s inception in 2013.

“I do think, if the constitutional issues are not waived, there could be collateral attacks on cases that have already gone through the system,” said Albany Law professor Laurie Shanks. “Looking back is unusual, but a limited exception is when they didn’t have the authority in the first place.”

She said she “absolutely” agrees with Breslin’s ruling, in which he cited a dissenting opinion in a Court of Appeals ruling that did not address the constitutional issues because of technical reasons.

“Prosecuting someone for a crime is one of the most serious things a government can do and must be done strictly in accordance with the constitution and the applicable statutes,” she said. “In this case, the legislature has designated someone who has the authority to prosecute someone and has the same authority as an elected official. You have the danger of any agency being given such authority like the Department of Motor Vehicles prosecuting DWI cases.”

Furthermore, she said, there is the inherent risk to constitutional rights by having more than one entity with the authority to prosecute the same crimes. For example, if the DA doesn’t think there is enough evidence, the Justice Center may have a different opinion and bring charges anyway. Or vice versa.

“The law needs to be re-written to provide a mechanism for Justice Center attorneys to be appointed special prosecutors by the District Attorneys,” Pollok said. “Then it would comply with the state Constitution. There has to be safeguards in place to make sure the DA of the county prosecutes because they and only they are accountable to the people.”

Terry Kindlon, in his capacity as Albany County Chief Public Defender, asked Judge Roger McDonough to dismiss charges against his client, who is accused of sexually abusing a client at Hope House.

“The indictment herein is invalid,” Kindlon cuts to the chase in the first graph of his motion after the introductions. “It was procured not by the Albany County District Attorney nor by the New York State Attorney General but by a so-called ‘special prosecutor’ who, notwithstanding her job title, does not meet the constitutional standard to be a criminal prosecutor but is merely an employee of a state agency called the Justice Center for the Protection of People with Special Needs.”

In December, 2016, the Justice Center charged his client, 29-year-old Nicole Hodgdon, of rape for allegedly having a sex with a person at Hope House to treat drug addiction.

Hope House is certified by the state Office of Alcoholism and Substance Abuse Services and any allegations of abuse or neglect fall under the auspices of the Justice Center, according to the state Legislature.

But, Kindlon, like his wife Shanks and the others above including Breslin, don’t think the Justice Center has the proper authority to unilaterally prosecute anything or anyone.

“The Legislature’s purported appointment of an unelected ‘special prosecutor’ is a nullity,” Kindlon wrote. “It represents an improper attempt to usurp the criminal prosecution duties, powers, and obligations of the constitutional officers specified in the New York State Constitution, i.e., the duly elected Albany County District Attorney and (in certain circumstances) the duly elected Attorney General.”

Kindlon filed his motion to dismiss on March 16, about two weeks before Breslin’s ruling. It’s unclear how many open cases the Justice Center has statewide, or if other attorneys will follow suit.

ASK YOUR DAUGHTER: Pondering the role of advocacy, politics

North Colonie School Board opts for the $106.3 million Option B