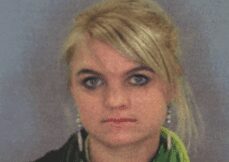 ALBANY – A jury convicted a Delmar woman of DWI on Thursday, March 9.

The driver of the other vehicle fled the scene.

Members of the Bethlehem Police Department responded, according to District Attorney David Soares, and noticed Michaels was showing signs of intoxication.

A blood test, performed two hours after the accident, found her to have a BAC of .08, the DWI threshold.

She faces up to four years in state prison when sentenced by Judge Debra Young in Albany County Court on April 25.