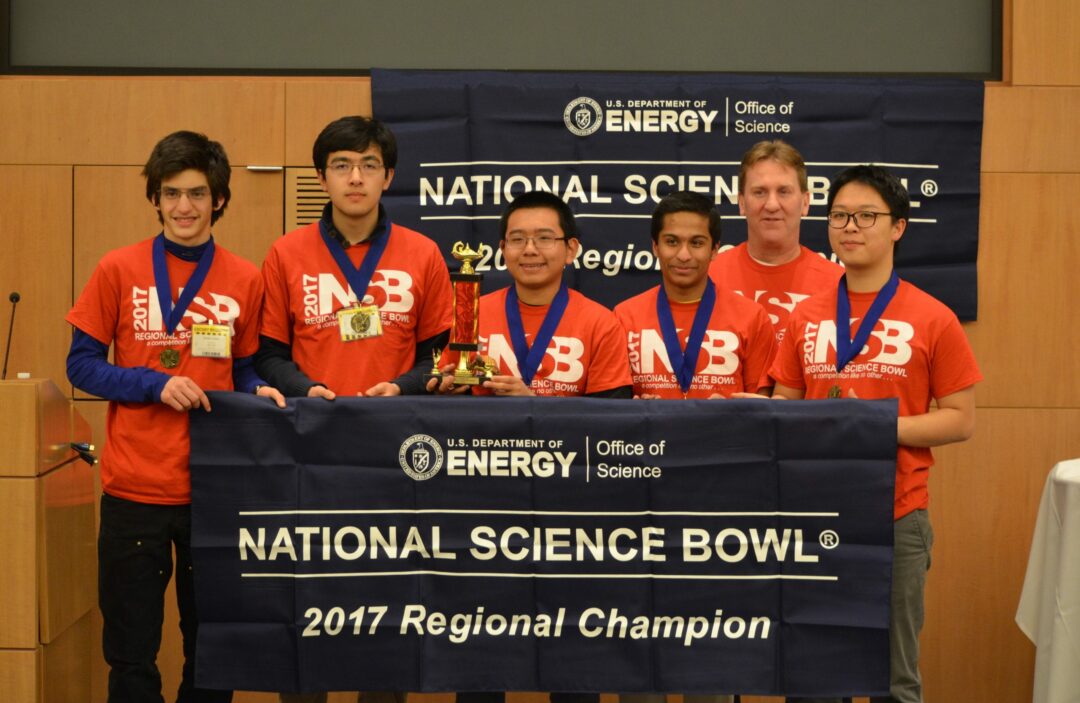 Five students from Bethlehem Central High School have won the Capital Region Science Bowl and will be headed on an all-expenses paid trip to Washington, D.C. for the 2017 National Science Bowl in late April.

The Bethlehem Science Bowl team includes Team Captain Wenyuan Hou, Bowen Chen, Eliot Shekhtman, Denali Relles, and Shamanth Murundi who, along with biology teacher and team coach Paul O’Reilly, will travel to D.C. to compete against up to 60 of the best teams from across the country at the 2017 national tournament from April 27 to May 1. Bethlehem has represented the region at the National Science Bowl 12 times since 1997.

General Electric and the Knolls Atomic Power Lab hosted the regional tournament, which was held March 4 at the GE Research & Development Center in Niskayuna. The trip to the nation’s capital is sponsored by the U.S. Department of Energy. The five-day trip will include tours of D.C. and a Department of Energy science presentation.

According to Paul O’Reilly, the team generally meets twice a week to study and practice for the competition. Each student is assigned an area in which to become the “expert” for the group. They borrow or buy college textbooks and seek out knowledgeable people and teachers to help understand difficult concepts. They also attend high-level classes at the high school.

“The competition,” said O’Reilly, “gives them a direct application of knowledge, which increases motivation to learn.

The science bowl is much like the GE College Bowl, a student quiz show that first aired on radio and television in the 1950s, where players buzzed in to answer “toss-up” questions, which earned them the opportunity to answer a series of “bonus” questions worth a certain amount of points. Teams may confer, but an elected “captain” must answer the questions.

Calling the tournament “very competitive,” O’Reilly said that, since 1997, “We have made it to the top 16 in the nation three times and to ninth place twice.”

Information on the Science Bowl can be found at http://science.energy.gov/wdts/nsb/

FRANKLY SPEAKING: The schlep must have felt like Butch Cassidy