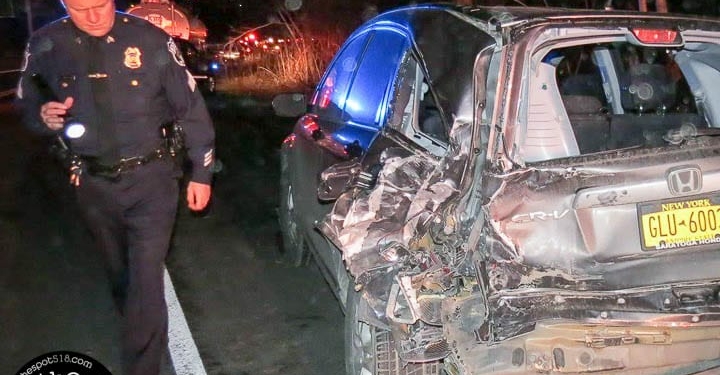 An officer inspects a Honda SUV that was involved in an accident in Glenmont (Photo by Tom Heffernan Sr.)

GLENMONT – A deer caused a crash between a gas tanker and an SUV on River Road Thursday, Feb 23.

The vehicles were traveling south near Glenmont Road when a car in front of them slowed for a deer.

The second car, the SUV, also slowed down. The tanker tried but could not slow down fast enough and hit the back end of a Honda CR-V.

Two people, a man and his pregnant wife, were in the Honda but were not seriously injured.

Newest deputy looking to take a bite out of crime