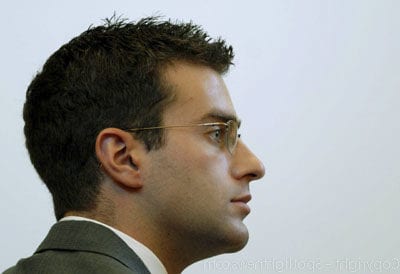 ALBANY – Christopher Porco, the man convicted of killing his father and attempting to kill his mother with an ax in 2004, won a court battle against Lifetime Entertainment, the movie-making company that broadcast the film, “Romeo Killer: The Christopher Porco Story” in 2013.

In a 5-0 decision, the Appellate Division ruled lower courts erred in unilaterally dismissing Porco’s case that claimed the film was a “fictionalized” account of what transpired in 2004.

According to state law, a business must get a person’s permission to use that person’s name, photograph or story for a profit. Porco, who represented himself, claimed the film was based in fiction rather than fact and thus the company needed his permission. If the film were fact based, according to the court, it would have been exempt from privacy laws.

He pointed to a letter Lifetime producers sent to his mother, Joan, about a planned follow up to the “Romeo Killer” piece.

The letter, in part, according to the decision released on Thursday, Feb. 23, reads the follow up film “would provide the platform for (the mother’s) family to state their position in a non-fictional program after the (film) airs.”

The Appellate Division ruled the statement should have been enough for the lower court to address the merits of the case and not dismiss Porco’s claim the company was violating his civil right to privacy.

Porco was convicted of murder and attempted murder in 2006. In 2012 he learned about plans by Lifetime to broadcast the film. He sued on Jan. 29, 2013 in an effort to stop the company from airing the film.

Lifetime successfully argued to dismiss Porco’s complaint and the film was televised on March 23, 2013. The Appellate Division said that ruling was wrong, and Porco’s case should not have been dismissed.

Porco, of Bethlehem, is currently in Clinton County Correctional Facility and becomes eligible for parole in 2052.

Porco decision by jfranco17410 on Scribd

Oprah to speak at Skidmore