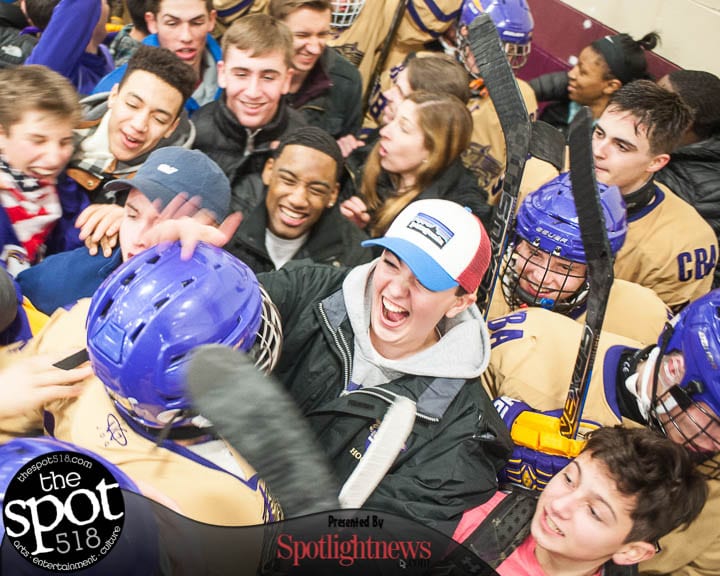 BETHLEHEM – Solid defense and a stellar game in goal won the first round of the Capital District High School Hockey League for Christian Brothers Academy.

CBA goalie Brandon Mohrhoff had an amazing 46 saves including 21 in the third period.

The Brothers will now play Shenendehowa – which got by Shaker/Colonie 2-0 – on Thursday, Feb. 23 at Union College in the Section II, Division II finals.

Bethlehem scored first with 7:46 left in the first period on a goal by Mike Lemieux with an assist by Hayes Meredith.

But that was the only one Mohrhoff let get by.

CBA tied it up with 1:46 left in the period on a goal by Mike DeNisco with the assist going to Andrew Mesick.

With 3:21 left in the second, DeNisco recorded his second goal of the night with the assists going to Ryan Munro and Joshua Edmunds.

CBA put it away with 1:28 left in the game when Mesick scored on an assist by Hunter Pemrick.