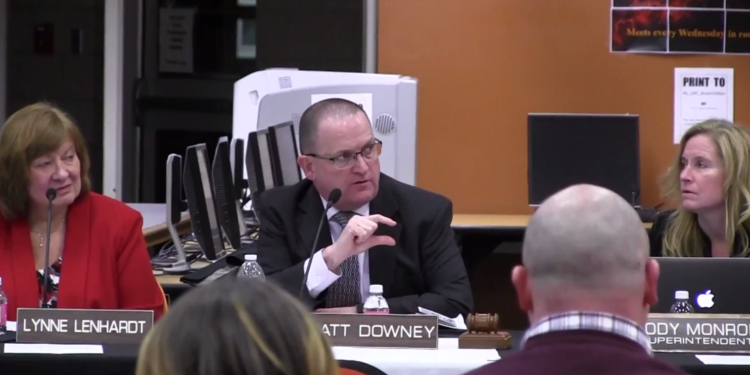 The Board of Education began public discussion of the 2017-18 Bethlehem Central School District budget at its meeting on Wednesday, Feb. 15, with a look at preliminary budget figures which show a baseline budget gap of approximately $762,000, an amount lower than anticipated.

“When we were wrapping up the budget process last year, our multi-year budget forecast showed an estimated $1.1 million budget gap for 2017-18,” said Chief Business and Financial Officer Judith Kehoe. We are pleased to report this figure is, in fact, considerably lower than that.

“As a starting point, we are in a better position than we have seen in recent years,” she said. “We have several tools to address this gap and continue to strengthen our educational programs and these will be the focus of our discussions moving forward.”

The Board of Education is required to adopt a proposed 2017-18 budget prior to April 17. District residents will vote on the spending plan on Tuesday, May 16.

In her presentation to the board, Kehoe said baseline expenditures for the fiscal year that begins July 1 are approximately $97.3 million, or less than one percent more than the current year’s budget. This level of expenditures assumes no changes to staffing or programs for the 2017-18 school year.

Ms. Kehoe said the baseline expenditure increase of 0.84 percent is the result of a combination of lower rates for retirement contributions, relatively stable health care costs and cost efficiency measures undertaken by the district over the last several years. “We have benefitted from a culture of fiscal restraint,” she said, “working hard with our employees to contain costs where we can.”

Baseline revenues for 2017-18, that assume no increase in the tax levy and are based on state aid projections included in Governor’s proposed 2016-17 state budget, are estimated at $96.6 million. The amount of estimated state aid the district would receive under the Governor’s Executive budget proposal is estimated to increase $35,000 over current year state aid. This amount could increase as the state budget process moves forward, explained Kehoe.

At the meeting, Kehoe outlined the district’s tax cap calculation which revealed a Maximum Allowable Tax Levy (MATL) increase for Bethlehem of 1.31 percent in 2017-18. If the Board of Education were to adopt a budget with a tax levy at the limit of 1.31 percent, it would generate approximately $841,000 for the district. To exceed that limit would require the approval of district voters.

As the budget development process moves forward, Kehoe said, the district will identify areas where cost savings may be available, including salary breakage from retirements. Opportunities for adding to educational programs and addressing areas of need identified by district leaders will be the subject of forthcoming meetings.

The schedule of upcoming meetings and budget topics is as follows: