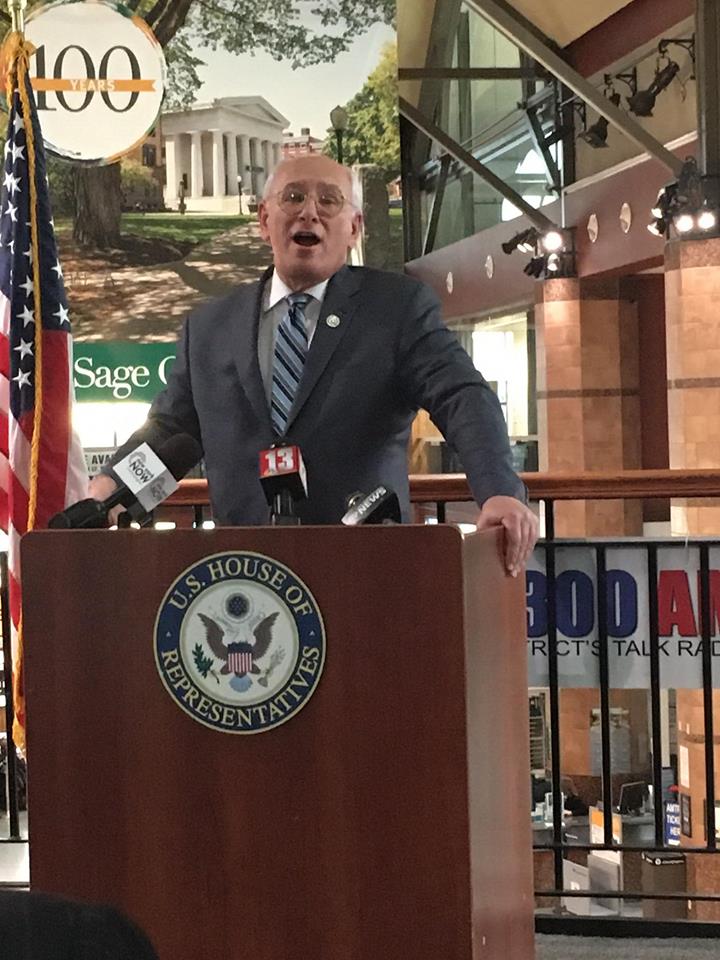 ALBANY — Marches all around the world showing support for an array of issues, particularly women’s rights, may have been wrapped up over the weekend, but women in Albany are just getting started with their activism.

U.S. Representative Paul Tonko, at a press conference at the Albany-Rensselaer train station on Wednesday, Jan. 25, had just returned to the state after being in Washington for Donald Trump’s inauguration on Friday, Jan. 20.

“A precious hallmark of our democracy is the peaceful transition of power,” Tonko said, noting that it is now “time to wipe the slate clean” and to work on unfinished business.

But the following day, Tonko also participated in an event that seemed to conflict with most positions that the new presidential administration has taken. The Women’s March on Washington, which was a massive outpouring of advocates supporting, among other issues, women’s rights, both nationally and internationally. Tonko, who called the march “quite historic,” said that the movement was very organic, and peaceful.

“This has been quite a busy weekend,” Tonko said. He explained that while the march was suffocating, with wall-to-wall people, nobody was violent.

While many local people were able to charter buses to get to Washington for the march, some were not so lucky. Brigid Beckman, of Albany, was scheduled to leave from Menands early Saturday morning. Beckman said that, around midnight, there were enough people to fill 11 buses. Around an hour and a half later, there were 10 buses, but by 2:15 a.m., one bus was missing. Eventually, Beckman said they learned the last bus had broken down and some people were forced to leave, as there were not enough seats on the buses that were already there to get everyone to Washington.

But Beckman had learned that there was going to be a similar march in downtown Albany that same day, and made up her mind to attend that event instead, even though she wasn’t yet aware of the full scale of the activism that takes place in the Capital District.

“I hadn’t really paid that much attention to what was going on in Albany because I was planning on being in DC,” Beckman said. Beckman, who was an English teacher and also works as an interfaith minister, upon deciding to become further involved with local advocacy, said she had to find her own sense of where she would be most effective as an advocate.

“I’ve really tried to slow down a little bit and say, ‘alright, I can’ fix everything,” and where’s my passion?” she said.

For those looking to get more involved, she recommended researching local advocacy groups to see where they might fit best, and what groups best align with where people want to put their energies, or figuring out which organizations work with the most marginalized people.

“What are some of the agencies that are out there already? See if you can volunteer. Do they need money? Do they need items? Do they need hours? And to see where we each can be one piece of the puzzle that’s being put together,” she said. For Beckman, important issues she wanted to focus on were education and homelessness. She also urged people not to use the excuse of being busy as a cop out.

Beckman ended up marching with three generations of her family: her parents, herself, and her daughter.

“It was remarkable to me, to have all of us,” she said, noting that her parents, who she described as people of faith, also believe that there are many issues in the world people of faith have to step in and work on, even if some of her extended family didn’t agree with their decision to march.

“There’s this sense of really wanting to find ways to bridge all of the ways where we see a difference in each other,” Beckman said. “One of the chants was, build bridges, not walls, and that really resonated. So I want to be a bridge builder.”