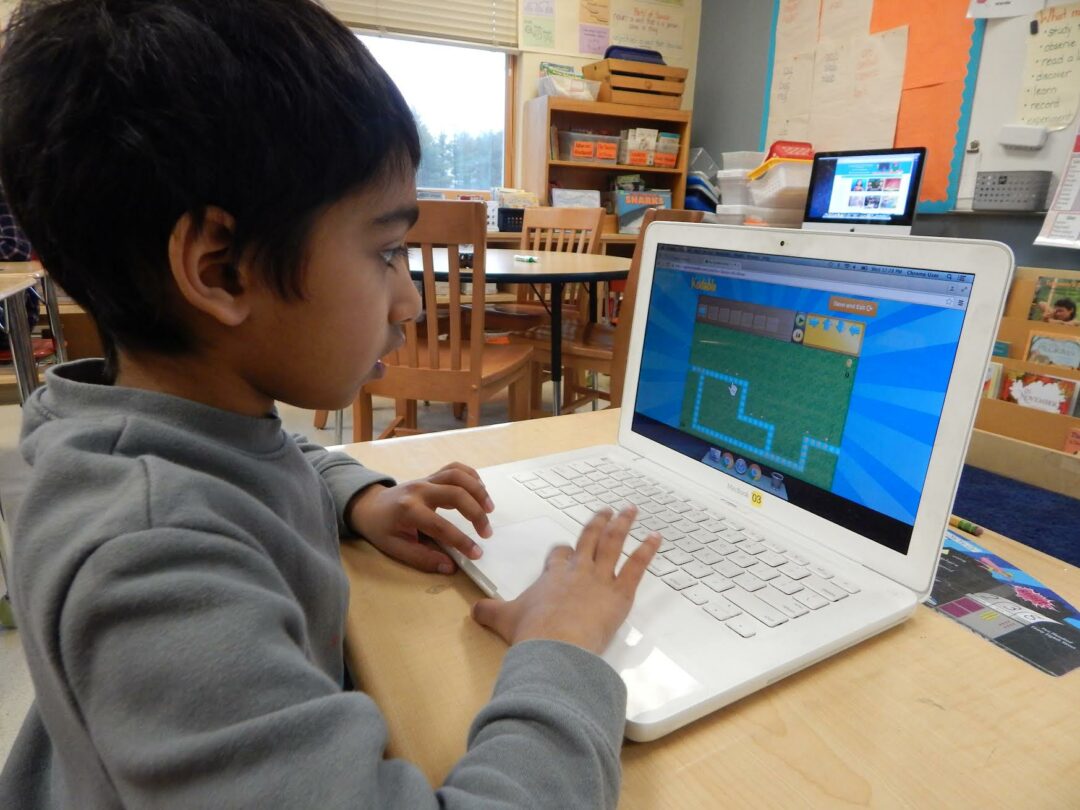 Allison Hepfer, a kindergarten and first-grade teacher at Hamagrael Elementary School, was presented with a “makerspace” prize pack worth $4,300 at her school on Wednesday, Dec. 7.  Hepfer, who signed up for Barnes & Noble‘s Fall Educator Appreciation National Sweepstakes on behalf of Hamagrael, was the sole winner of the prize, which will significantly augment STEM (or STEAM) programming already being undertaken by Bethlehem educators districtwide.

“At Hamagrael, we encourage our students to be problem solvers and critical thinkers,” said Hepfer. “The makerspace and the prizes we received will allow the children to collaborate in a really innovative way.”

Barnes & Noble, the country’s largest book and media retailer, hosted the first retail Mini Maker Faire last fall in partnership with Maker Media, creator of Make: Magazine. In early November, it held the second annual event at stores nationwide, inviting educators, students, tech enthusiasts and makers of all stripes to take part in workshops, demonstrations and discussion of innovative ideas, tools and practices. In maker culture, there is an emphasis placed on STEAM learning — Science, Technology, Engineering and Math . . . with the addition of Arts and Design in the middle.

Hamagrael students now have access to some of the leading products in technology today, including littleBits STEAM Student Set, Dash Robot by Wonder Workshop, Code-a-Pillar by Fisher Price, Bloxels Build Your Own Video Games by Mattel, da Vinci Jr. 1.0 WiFi 3D Printer and a 7-inch Samsung Galaxy Tab A NOOK. The school will also receive books that teach how to use technology in the spirit of collaboration, cooperative learning and teamwork. The book prize package includes titles like Making Makers: Kids, Tools, and the Future of Innovation and Getting Started in Raspberry Pi.

“Students will be able to use it in their classrooms and we will be setting up a MakerSpace in the school,” Hepfer said. “We also hope to partner with students from the high school to help guide our young students as they explore this new technology.

“Teachers will be receiving additional training from Barnes and Noble to learn how to use the [makerspace] materials,” she added, “such as lessons about coding and the use of the 3-D printer.”​​​

The makerspace prize came at an opportune time for the Bethlehem Central School District, which also took part in the national Hour of Code initiative this week and had students from Slingerlands Elementary take first and second place in a Shark Tank-style innovation challenge at Rensselaer Polytechnic Institute. (For a remote-control suitcase and a double-sided skateboard.)

“This week happens to be Computer Science Education Week,” said BCSD Elementary Instructional Technology Administrator Laurel Jones, who organized the Hour of Code events that took place in all five district elementary schools. Hour of Code is a worldwide annual campaign sponsored by Computer Science Education Week and Code.org, in partnership with tech giants such as Microsoft, Google, Facebook, Apple and Amazon, as a way to introduce millions of students to one hour of computer science and computer programming.

“Think about your day,” said Jones. “How much time do you spend on technology for work or to communicate with friend and family? The students that are currently in elementary school have been surrounded by all of this their entire lives. Using technology is intuitive to them. We need to teach them to use it safely and productively.  Technology gives students a voice and a choice in their learning. Coding and computer science skills focus on problem solving and creativity.

“You should have seen the enthusiasm yesterday as our five elementary buildings spent one hour on coding,” she said, noting that, while her position was a new one this year, several faculty members have been leading the push to incorporate computer science and technology into elementary classrooms. “It’s taken off over the past few years,” she said. “ I would like to help teachers integrate this important subject into their classrooms in relevant and meaningful ways.”

“Introducing Computer Science at the K-5 level is not a new initiative,” District Assistant Superintendent Dave Hurst explained to Spotlight News. “Others at the K-5 level have also used programming and robotics in their classrooms for years. We are now putting together a framework for all teachers to follow thus ensuring consistency across our five elementary buildings. The goal of the computer science framework for K-5 is not to produce programmers, but rather students that can solve problems and think critically.”

“Computer Science doesn’t mean just programming,” he said at the Nov. 16 Board of Education meeting. “It’s very broad. We’re looking to develop a map for what skills students should be required to obtain in kindergarten, first, second, third, fourth and fifth grades. After that, we’ll take a look at the middle school.”

Currently, only 40 percent of schools in the nation offer computer science courses, according to Code.org, yet computer science majors tend to earn about 40 percent more over their lifetime than the average college graduate. Computing jobs are currently the primary source of new wages in the US and job openings are expected to grow at twice the rate of other jobs, leaving an expected dearth of job applicants—in less than ten years, statistics project there will be a million more jobs available than there will be computer-science graduates.

“When our students enter the workforce, programming jobs will be widely available,” said Jones. “A key part of understanding how best to integrate technology is recognizing that no one should use technology for its own sake. Technology in our schools is more than the bells and whistles of new equipment – it is about enhancing instruction and preparing our students for their future. Technology gives students a voice and a choice.”