Back in session: Goals, accolades and testing 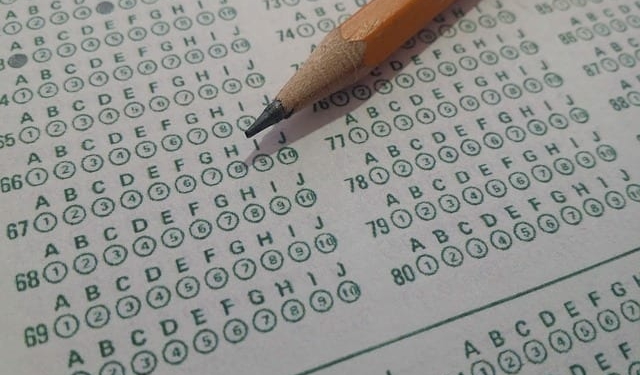 The Bethlehem Board of Education met on Wednesday, Sept. 7 — the same day their students returned to the classroom for the 2016-17 school year — to discuss district goals and accomplishments, standardized testing, and a proposed $32.15 million capital bond project. The bond project, which would involve 111 separate projects to repair and/or upgrade district infrastructure, is expected to be presented to residents for a vote before the end of the year.

During the summer, said Monroe, both the board and the district’s administrative staff went on retreats where they developed a series of primary district goals based on three key principles:

Principle:  Knowledge — to improve learning and achievement for all students.

Goal:   To provide all students with an innovative and cohesive educational program that includes a diverse and rigorous academic curriculum and a range of co-curricular activities that challenge students to become creative, critical thinkers and engaged members of their community.

Action(s): (1) Develop a comprehensive plan for technology integration in classrooms; (2) assess effectiveness of K-5 response to the district’s intervention program and use data to consider more effective interventions at those grade levels.

Goal: To create and maintain a positive and safe environment that supports the learning and development of all students, guided by the principles of respect and understanding where the dignity of all students is recognized and protected.

“This is a relatively large item,” said Monroe. “We’ve talked about mental health issues we want to address, a healthy environment for our students, student engagement and well-being. So we have identified a steering committee to start with that because it’s a rather large undertaking. From that, we’ll probably identify sub-groups to continue work on those particular areas.”

Principle:  Value — to manage and improve the quality, effectiveness and efficiency of the  district’s current and future operations.

Goal:  To foster increased connections with parents and community members within curricular and co-curricular programs to increase connections and opportunities between education and real world application as well as relationships between the district and the public.

“We’re now pretty well deep into the implementation of Common Core,” said BCSD’s Assistant Superintendent of Instructional Programs David Hurst. “As many of you know, this past summer there was a review committee of the standards, and the revisions will be going back out for public review this fall and we will have yet another set of revised standards coming out in the spring of this year, with implementation for the 2018 school year.”

The state, he pointed out, has mandated that Common Core standards be reviewed every five years. “So we’ll be talking more about the adoption and transition to enhanced standards in the next few years.”

Overall, said Hurst, the district has done well under the new testing standards. In English Language Arts (ELA) 61.7 percent of district students ranked as proficient (placing them in second place among Capital District schools, behind Voorheesvile with 65 percent) in mathematics, 64.8 percent tested as proficient (third place in the region, behind Voorheesville with 70.8 percent and Niskayuna with 66.2 percent).

Across the board, in both ELA and math, grades went up across the district—with the exception of grades 3 and 5. Where Bethlehem saw a slight dip in scores at grade 5, said Hurst, the state saw “a tremendous dip.” As a result, he said, the state is reviewing those tests in an effort to understand what caused such a significant drop in achievement rates.

“But how do we stack up against the top tier schools is what people really want to know,” continued Hurst. Out of about 700 participating districts statewide, he said, Bethlehem students scored between the 86th and 98th percentile on ELA tests and 79th (5th grade) and 97th percentile on math tests. These results, he pointed out, don’t factor in the accelerated students 7th and 8th grade students who only take the Regents Exams—a contingent of about 150 students, said Hurst.

While ELA scores improved in every grade, Hurst said that grades 3 and 5 were still in need of improvement when compared with the rest of the state. In math, Bethlehem improved scores in every grade but 3 and 5. In 8th grade, the number of students proficient in math increased dramatically—from 25 percent to 43 percent, an 18 percent gain.

“We’re now entering our the third year using the new textbook program at the middle school and I think that it’s really starting to prove to be worthwhile,” said Hurst. “Each summer over the last two years, we’ve taken the state test data, we’ve taken a look at what types of questions tend to appear on the assessments more often, and we’re able to adjust our curriculum and the rigor of our curriculum to match that.”

Of students who took Regents Exams in 2016, 97 to 99 percent achieved passing scores on the English and social studies exams, while 77 to 85 percent scored in the mastery range. On the science exams, 94 to 98 percent of Regents test takers passed, while 37 to 73 percent demonstrated mastery of their subject. In Regents math exams, 84 to 100 percent of Bethlehem students passed, while only 32 to 47 percent demonstrated mastery. Fluctuations between types of test within both science and math, said Hurst, had to do with the way the tests scores are scaled.

On Advanced Placement exams—those that count towards college credit — 88 to 89 percent of Bethlehem students scored at least a three (of five). The New York state average is in the high 60th percentile and, worldwide, the average percentage is between 58 and 62 percent. 454 Bethlehem students took 897 AP exams last year.