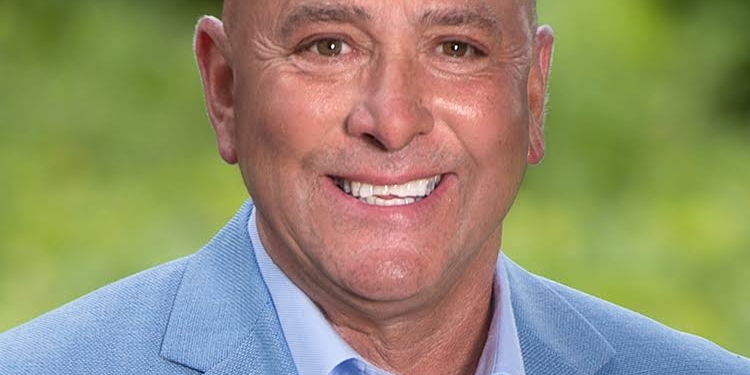 “There’s a lack of communication in our town and in our government,” said Roland Graves, the town board candidate who will be challenging Giles Wagoner in the upcoming Bethlehem Democratic primary. A 23-year resident of Slingerlands, Graves said that a recent lack of governmental response to a number of residential issues is what ultimately prompted him to run for the seat.

“I think I was getting a little bit of complex.” Graves said that, at first, he thought that perhaps his neighborhood in North Bethlehem, being so removed from the town’s center of government in Delmar, simply didn’t register as important to those running that government. “But it’s happening all over town,” he said. “I mean, what do we elect these guys for?”

As an example, Graves pointed out that he and his neighbors have been unable to persuade the town to install a stop sign for cut-through traffic between Russell and Krumkill roads. “There’s a cut-through that goes through our development where there are quite a few kids on bikes,” he said. “I’ve gone to a number of different people to see if we can get this stop sign before a kid gets killed. We had a petition that went through our neighborhood last year and they brought it to our current administration and they just decided to deny it. They just walked away from it. There’s no representation.”

What finally pushed Graves to commit to running, he said, was his inability to get answers regarding the construction project on Krumkill Road, at the Albany border, to repair a failing culvert earlier this year. Repair work on the road began in June, a little more than three months after the road itself was closed—forcing residents and other travelers to detour onto Blessing Road or seek other routes home. After repeatedly asking the town when the construction work would be complete, and receiving no answer, Graves said that he finally went down to the site and asked the workers themselves.

“I was getting all these calls,” he said. “People wanted to know how long they were going to be inconvenienced by the road closure. Plus, all these other cars were being detoured through our developments, you know. I asked a few people in town and no one could give me a timeline. Look, I work in carpentry and there are always contracts, and a timeline and a finish date. Whether you hit those dates is something else, but at least give me a date so I can go back to the people and tell them what they’re planning on.” So, he said, one day he went down to the site after work at the finish carpentry business he owns and asked the construction workers. “And they gave me a date! And so we went back to the residents of Beverwyck and had a meeting to let them know what was going on.”

Graves has been a member of the Bethlehem Democratic Committee for 15 years and currently sits on the Albany County planning board. He said that experience, as well as 29 years of running a successful business and 23 years of town residency have given him the skills to govern effectively and “some Insight into where our town was and where it’s starting to go.”

“I’m seeing a change in the way Bethlehem is growing,” he said. In his role at the county planning board, he said that he sees a lot of applications for high-density developments in the town. While the county board can make recommendations, however, the ultimate approval of those development projects lies with the town. “Over here in North Bethlehem, they tried to change our hamlet zoning to accommodate commercial growth in this residential area,” he said, referring to a battle that town residents ultimately won after attending town board meetings to voice their concerns. “We were successful in retaining our hamlet zone.”

After that effort was successful, Graves said that he began hearing from other neighborhood associations who were experiencing the same frustrations. “After continuing to hear all the same problems from other parts of town, how they’re not getting any representation,” he said, “and after a number of people have asked me why I wasn’t doing this, I finally figured I’m at a point in my career where maybe I can help a little bit here on the public level and give back to my community.”

Graves said that he was recently contacted by the residents of Fieldstone Creek, a neighborhood that has been petitioning the planning board to allow a pedestrian walkway—rather than a vehicular roadway—to connect Fieldstone Drive with a proposed development between Fieldstone and Elm Avenue Park. Lack of responsiveness from the board has prompted those residents to call for the recusal of the board’s chairman, John Smolinsky. “They said that they couldn’t get anyone from the town to come to their neighborhood association meeting and called me because they knew I’m on the county board. So I said. ‘Sure.’”

“I have known Roland Graves my entire life,” said Dutch Tuohey, a Fieldstone resident and member of a coalition dedicated to fighting the vehicular connection. “Upon realizing his grassroots campaign was gathering huge momentum, I decided to support his candidacy for town board. He is a man of his word, citizen-focused, and will listen with great intensity to the residents of Bethlehem.”

“It’s pretty amazing stuff,” saids Graves of his campaign. “When we first started, we had a core group of about six people. And each one said that they would help me here or help me there. I didn’t need much help over here in districts one and two, where I know everyone and we have a lot of democrats. So we went out into the other districts and, before I knew it, those six people turned into 12 and then I was getting calls and emails and text messages from all kinds of people saying they wanted to help.”

“More and more people are jumping on every day,” said Graves, who has been endorsed by the Independence party as well as the Laborers Local Union 190. (HIs opponent Wagoner has secured the endorsement of the town’s democratic committee.) If elected, he said, ““I’m going to promote open and citizen-focused government and make sure that the voices and concerns of all town residents are heard and respected. I would like to ensure that town government works for all residents of Bethlehem, Delmar, Glenmont, North Bethlehem, Selkirk and Slingerlands. That’s my biggest thing.”