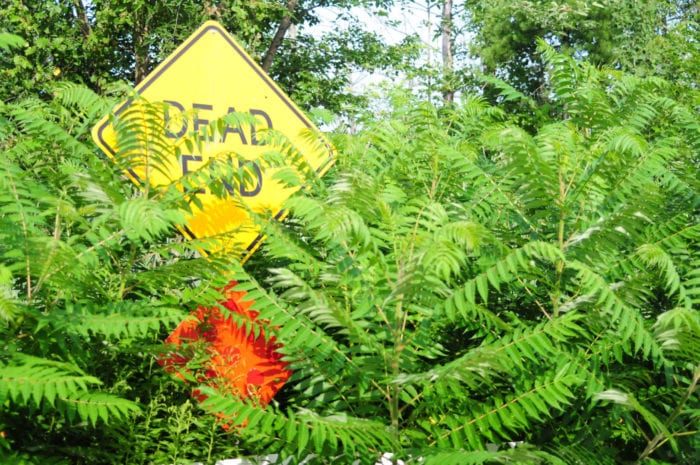 BETHLEHEM — At the town planning board’s bi-monthly meeting on Tuesday, July 19, the majority of the three-hour meeting was devoted to discussing a roadway which would connect Fieldstone Drive with Elm Avenue through a proposed subdivision at Elm and Shanks Place. In an unusual twist, the developer sided with residents, requesting that the board approve a pedestrian walkway to connect Fieldstone with the new, neighboring subdivision—an apparent compromise that came out of a series of meetings with residents concerned about increased traffic in their neighborhood.

Town of Bethlehem officials, however, seemed intent on adhering strictly to its Town Comprehensive Plan, which, they said, calls for an eventual vehicular road connection at that end of Fieldstone Drive. Ken Kovalchik, a senior planner with the town’s department of economic development and planning (EDP), said that, at the time that the Fieldstone Creek area was conceived, Fieldstone Drive was left as a “stub street,” with the specific intention that it would someday be extended.

In both a memorandum sent to the town board on July 13 and in statements he made at the board meeting six days later, Kovalchik cited seven sections of the town’s comprehensive plan in support of a connecting street, including the plan’s vision statement, its goals (Goals 3.3) and its recommendations (Recommendations for Residential Areas, Tier 2); as well as sections of town law. Other documentation provided with the meeting agenda contained a letter from the town’s Superintendent of Highways, Brent Meredith, affirming a previously taken position that Fieldstone Drive should be connected to the new Elm Avenue subdivision, claiming that it would lead to safer, more efficient operations such as brush and leaf collection and snow removal. The need to turn around at what he characterized as a “dead end,” he said, was riskier and more time-consuming for town employees.

Another communication — from the Albany County of Department Public Works (which declined to act as the lead agency regarding the environmental impacts of the proposed development), not only summarized the primary issue raised by residents at the board meeting, but was also quoted by Fieldstone Drive resident Arthur Seigel. This document specifically recommended in June 2015 that the town “should consider connections between subdivisions against whether or not the through connection to Fieldstone Drive from this subdivision will encourage cut through traffic from Murray Ave to CR 52/Elm Ave. and Old Elm Ave. In addition, the connection to Fieldstone Drive forces wetland mitigation.”

Siegel, a 15-year resident of Fieldstone Drive, represented a group called the Fieldstone Drive Coalition to Preserve the Safety and Character of our Street and came bearing a petition opposing a connecting vehicular roadway that he said outlined, “the compelling reasons why a through-street will only accomplish harm.”

“Besides disturbing and destroying state- and federally-protected wetlands,” he continued, “a through-street will create nothing more than a dangerous shortcut to the town park. When you combine a road with curves, blind spots and numerous small children accustomed to only local traffic; with high speed cut-through traffic to the town park, there is only one result: the unnecessary creation of daily life-threatening conditions.”

Siegel went on to say that his coalition supported the “very reasonable” proposal by builders Barbera Homes, Inc. to connect Fieldstone Drive with the new development via a pedestrian walkway and was scornful of the notion that a vehicular roadway would benefit town services. He called the highway department’s request both “convenience-driven” and “selfish,” adding that it would only “marginally simplify routine operations that the department has been performing for over 20 years.”

Kovalchik pointed out that, when the project was originally presented to the board in May 2015, the plans included a vehicular roadway connection, but that the plans had since been revised to show a pedestrian walkway. Rob Osterhoudt, a project manager from Bohler Engineering who spoke on behalf of the project, explained that the original plan included no connection to Fieldstone Drive at all, but that it was added after the highway department reviewed the plans and requested a road connection. After receiving feedback from concerned residents, he said, the current pedestrian plan was conceived. “We feel that that’s a suitable alternative here, given all the conflicting concerns and constraints that we’re trying to deal with. Obviously, there is a provision in the town code for road connectivity and we recognize that; Rob [Leslie, EDP Director] and Ken [Kovalchik] have been very forthright and steadfast in expressing that section of the  code and their concerns that we’re not meeting it if we don’t provide the road connection.” The pedestrian path, he said, represents a compromise that he hoped would assuage the town’s concerns about connectivity, while also satisfying residents that Fieldstone would not become a throughway for non-residential traffic. It also, he added, could reduce the impact to the Army Corps federal jurisdictional wetlands in the area by potentially as much as half.

Osterhoudt later noted that, since the time of the Fieldstone Creek development, which took place more than 20 years ago, wetland regulations have changed and said that, while the development may have originally been planned for extension via Fieldstone Drive, the stricter regulatory environment is a consideration. Leslie countered that every development has some degree of wetland impact, citing several other current projects.

John Smolinksy, chairman of the planning board, expressed support for the vision put forth in the comprehensive plan and of the importance of connections between areas of town. “I don’t see anything here in this project that makes this project the exception to the guidance that we have and to our consistent approach to connections,” he said.

In response to concerns about through-traffic, Kovalchick did a comparison of several routes from different points around the proposed development and reportedly found that, of four potential routes, taking Fieldstone would only be the fastest in one direction—concluding that non-residential drivers are likely to take alternate routes. He said he took into account factors such as the slower speed limits and numerous turns that would slow travelers down on the Fieldstone route.

Planning Board member Scott Lewendon said, “I agree with your conclusions. Not necessarily the driving time, but the convenience of the route.” Because he believes that the amount of turns are likely to deter drivers, he said he could not agree with the assertion that it would become a major cut-through and added that he thought it would provide greater access to Elm Avenue Park for those who live on the other side of the proposed development and Fieldstone Creek. “I don’t see any reason to deviate from the comprehensive plan or the subdivision regulations and I would like to see the connection made.”

“I’m sure I could be persuaded to hear an argument against making the connection,” said board member Kate Powers, who added that she could see the potential for cut-through traffic before deferring to the comprehensive plan and other board members and saying, “I won’t hold it up.”

“I kind of concur with Kate a little bit,” said board member Tom Coffey. “I’m not convinced that we need to make that connectivity at this point in time.” He asked Kovalchik and Leslie what decisions needed to be made that night.

Osterhoudt got back up and pointed out that the project had already been at the early stages for more than a year. “We’ve tried to be diligent,” he said, noting that all the roadway changes had been made at the behest of the town or its residents. “What we’re trying to do is balance the needs of everybody and so that’s why we came back in with the pedestrian connection. We figured that’s a good alternative to try to meet in the middle here.

“We feel it’s a very balanced approach, a very just approach,” he concluded, “and we would respectfully request that the board consider the pedestrian connection over the roadway connection.”

Smolinsky eventually made a motion for the board to accept the plans containing a vehicular roadway connection, and challenging the developer to devise a traffic-calming roadway that will discourage through-traffic. “You guys are the experts,” he said. “You guys take a look at it and come back to us with a proposal.”

Before the motion was voted on, Frank Barbera of Barbera Homes addressed the board. “One of the things that we’ve tried to do is work very closely with the neighborhood associations,” he said after acknowledging the consistency of the town’s position on connectivity. “And they’ve also been very consistent in how they feel about this issue, which is why we proposed, as you know, the option of putting a multi-use path in, so that we can create that diversity that you’re looking for in the town with pedestrian traffic or connectivity.” Designing a road, he said, would be easy, but he pointed to the relationship that his company had developed with neighboring residents and said that’s something that he would like to see continue.

“Is there any other room,” he asked, “to discuss this pedestrian connection?”

“I don’t think so,” was Smolinsky’s reply.

As Smolinsky was asking Barbera if he would prefer to hold the vote until a later date, and thus hold up the progress of the project further, Siegel once again approached the microphone, apologizing briefly for talking out of turn before launching into a litany of legal reasons that the board couldn’t possibly vote on the measure to approve the road connection plan–including the need for a preliminary public hearing. “Thanks for the Roberts Rules lesson, I guess,” responded Smolinsky, before re-wording his previous motion, “to give the applicant guidance to prepare a plan that has the road connection.”

After 20 more minutes of discussion, Smolinsky reiterated his challenge to the developer and said that he wasn’t interested in seeing any alternate pedestrian path options before the board finally voted unanimously, albeit not all enthusiastically, to approve the measure and compel Barbera to return with another roadway connection plan.

Before that plan can be approved, a public hearing will be scheduled for residents to voice their concerns and ask questions.

The video of the planning board meeting can be found at the following link (the conversation in question begins a little after the two hour mark): http://http://bethlehemtownny.iqm2.com/Citizens/SplitView.aspx?Mode=Video&MeetingID=1434&Format=Minutes