by Ali Hibbs
in Bethlehem, Business, Food and Drink, Milestones, News, The Spot
0 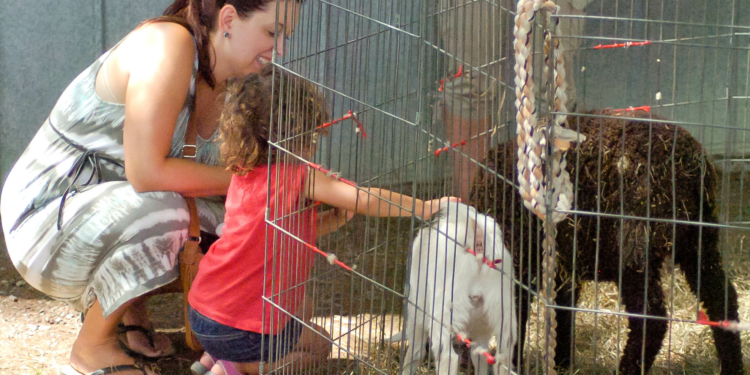 Peter G. Ten Eyck, the man who founded the farm 100 years ago, grew up on a farm in Albany. It burned down when he was still a child and he was left with a desire to begin a new farm; educated as an engineer, he opened his dairy farm and orchard in 1916. His son, Peter G. Ten Eyck II, took part in the festivities on Sunday, where he announced the grand opening of the Indian Ladder Farmstead Cidery & Brewery.

“My son and nieces are the fifth generation of our family on the farm. One of our proudest accomplishments is to have been able to protect this land as ‘forever farmland’ for future generations with help from the Mohawk Hudson Land Conservancy, the Open Space Institute and funding from the State of New York,” said Indian Ladder Farms’ Laura Ten Eyck. (In 2003, the Mohawk Hudson Land and the Open Space Institute permanently protected Indian Ladder Farms from real estate development with an agricultural conservation easement.) “We are kicking off our next century with the planting of extensive new orchards and the opening of the Indian Ladder Farmstead Cidery and Brewery, which is making hard cider and beer with ingredients we grow here on the farm. My brother and I are working together with Indian Ladder Farms’ management team to facilitate my father’s retirement, while continuing to grow the business.”

The Mohawk Hudson Land Conservancy (MHLC) was there, and celebrating the second anniversary of its Hike-A-Thon event, in which participants go on guided hikes through locally preserved natural areas. “This has become a very popular annual tradition for the Conservancy, and we are thrilled to be able to expand the event this year in celebration of the 100th Anniversary of Indian Ladder Farms and the grand opening of the Indian Ladder Farmstead Cidery & Brewery,” said Mark King, executive director of the Mohawk Hudson Land Conservancy, who called the event “a great community gathering.”

Hikers this year had a choice of six different trails: History Hike at Indian Ladder Farms; Agricultural Tour at Indian Ladder Farms; A Family Wildflower and Amphibian Hike at MHLC’s Craven Easement; a wheelchair accessible hike on the Albany County Helderberg Hudson Rail Trail; a History Hike at MHLC’s Bennett Hill Preserve; or a self-guided tour and treasure hunt with preserve docents at MHLC’s Bozen Kill Preserve. The hikes were so popular, according to MHLC Development Director Lea Montalto-Rook, that a second Indian Ladder history hike was added with the local author and historian Timothy Albright for those who were on a waiting list.

The 12 p.m. opening ceremonies at the festival featured the unveiling of a historic marker commemorating the farm’s centennial anniversary and remarks by King, Ten Eyck II and other local dignitaries. Hikers set out at 1 p.m., and remaining festival-goers enjoyed hayrides, berry-picking, and a variety of other activities until 5 p.m.. Bethlehem Traditional Irish Dancers and the Squeeze Play Accordion Band performed; and anyone of age was able to sample offerings from the new Indian Ladder Farmstead Cidery & Brewery.

“Along with touring the many fabulous exhibits and programs,” she continued, “adults and children were excited to pet and interact with the many local and exotic animals that were brought to the farm by several rescue organizations.”  Northeast Avian Rescue, she said, brought rescued Toucan and parrots; Whispering Willow Wild Care brought owls, and other rehabilitated live birds of prey; Uncharted Wild, live reptiles, invertebrates, amphibians; Schenectady Chapter of Therapy Dogs International, therapy dogs; and the Empire Servicedog Program, of course, came with service service dogs.

“We are so pleased by the tremendous outpouring of support for Indian Ladder Farms as it celebrated its 100th Anniversary,” said King, following the event. “The Mohawk Hudson Land Conservancy was proud to partner with the farm to bring this wonderful event to our Capital Region community and the record-breaking turnout far surpassed our expectations.  We are looking forward to working with Indian Ladder Farms and the Ten Eyck family they move towards their next 100 years of providing fresh food, a wonderful destination and farm based recreation.”