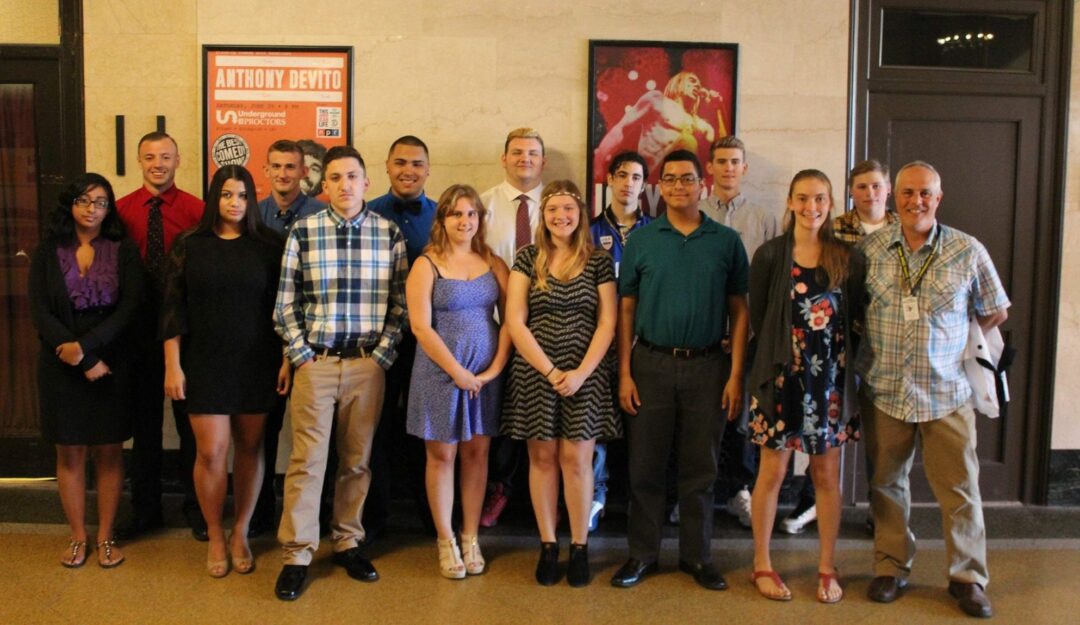 [dropcap color=”#888″ type=”square”]T[/dropcap]wo years ago, when she joined the Capital Region BOCES (Board of Cooperative Educational Services) program, Sabrina Balzan said that she didn’t know what she wanted to study. Early this month, she received two awards from the culinary program at the BOCES Career and Technical School and was awarded scholarship money to help with her continued education at Schenectady County Community College in the fall.

“It looked like fun,” Balzan. “We got to go and see what the [BOCES] program was like before we signed up for it.” After reviewing the educational programs offered by BOCES, she chose to pursue their culinary program—and Balzan says that it turned out to be the perfect fit. “I really like working in kitchens and the people that work in them,” said the graduating senior, who also works in the kitchen at Garden Bistro, a locavorian restaurant on Vista Blvd., in Slingerlands.

Balzan said that her mother, who was a student counselor, became aware of the BOCES vocational program and thought it would be a good fit for her daughter. Every day for two years,  Balzan would take a bus from Bethlehem High School to spend two hours at the BOCES vocational tech building in Colonie where she took classes from Chef Paul Rother, the instructor who ultimately nominated her for one of the awards she received during the ceremony at Proctor’s Theater in Schenectady on Tuesday, June 7—an award that was based on her performance in his classroom.

“It was for outstanding student,” said Balzan. “That was nice; chef really liked me this year. The other award was the Dawn Peacock Award, which was in honor of a student who died.”

“She had a 93 [grade point] average in my class,” said Rother, explaining why he chose Balzan to receive the classroom award. “She was consistently helpful all the time and was just a really good student. And, she’s a really good cook.” The Dawn Peacock Award, which is always given to a 2nd-year culinary student, is given out based on criteria such as attendance, attitude and performance. “The whole package,” said Rother.

“I like both baking and cooking,” said Balzan, declining to choose a favorite. “I really like cooking on the line, but then I like to come home and bake a batch of cookies.” Her favorite meals, she said, are Italian. “Lasagnas or pasta with meatballs.”

She says that she’s excited to attend SCCC’s culinary program, which has produced some notable gastronomic successes such as Angelo Mazzone (Class of ’74), of Mazzone Hospitality—a local industry giant; Aram Mardigan (Class of ’94), who worked at Wolfgang Puck’s Spago in California at the age of 25; George Goldhoff (Class of ’83), former manager of the Rainbow Room in New York City and the Bellagio in Las Vegas. “It’s a really good program,” said an enthusiastic Balzan, who expects to begin attending classes in September.

There are 37 BOCES, or Board of Cooperative Educational Services, in New York State. They were created in 1948 to provide shared educational programs and services across school districts—allowing the districts to economize, as well as offer expanded opportunities to students, by pooling resources. Currently, all but nine of the states 721 school districts are served by a BOCES.

Ex-Voice contestant killed, was in same season with Dani Moz