Wrestling his way to the top: Zack Carpinello — a.k.a. Zack Clayton — seeks a WWE career 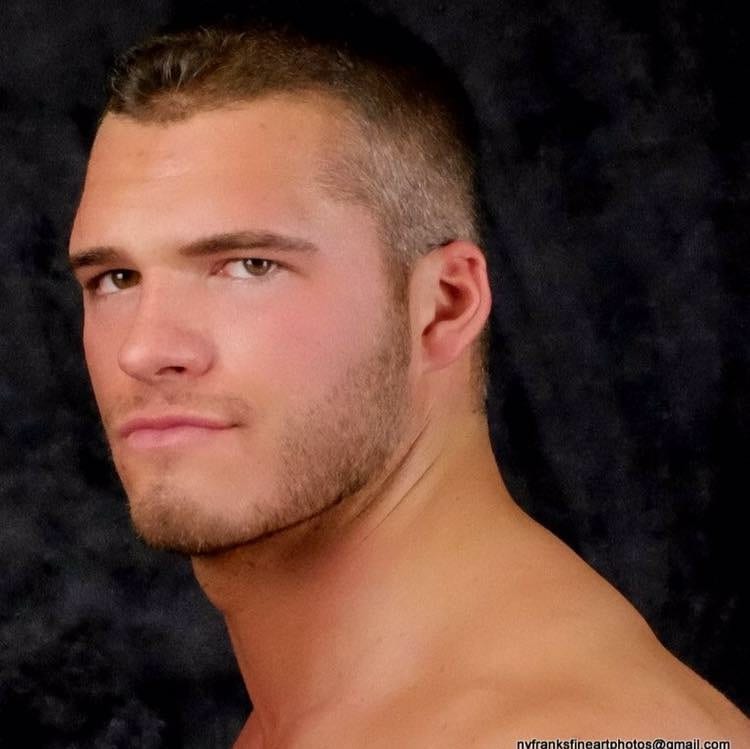 BETHLEHEM — In the wrestling ring, Zack Clayton is a bad guy who is willing to do everything he can to win.

Outside of the ring, Zack Carpinello is a man in his early 20s willing to do everything he can to reach the top level of professional wrestling.

Carpinello — a.k.a. Clayton — is currently climbing through the lower ranks of professional wrestling and training at Johnny Rodz’s Wrestling School in Brooklyn. The Bethlehem Central High School graduate is hoping to reach World Wrestling Entertainment someday.

“The end goal is to get to WWE — to be a champion there, to be the best I absolutely can be,” said Carpinello.

A football player at Bethlehem, Carpinello started down the professional wrestling road while attending Hudson Valley Community College. He trained for two years at In Your Face Wrestling Academy in Albany, where he had his first professional bout.

“After high school, I always knew I wanted to do it,” said Carpinello. “I was an athlete all the way through high school, up until college. I knew I didn’t want to continue football.

“I watched (pro wrestling) ever since I could remember. And looking at these guys on television, they were just huge — absolutely huge men, and how could ever be that big? How could you ever do what these guys are doing? The athleticism they had, for being so large, was incredible.”

Carpinello began building a larger physique in the gym, but it didn’t prevent him from gaining the bumps and bruises that comes with training to be a professional wrestler.

“The ring hurts — all about it, everywhere,” said Carpinello. “Contrary to popular belief, it’s not an easy, nice landing surface … It’s called taking bumps when you first hit the mat. It was shocking. Everyone is shocked that wow, that actually hurts because you see it on TV, and these guys are so used to it. It becomes like (second) nature, but it actually hurts. That took a minute to process.

“Being an athlete all my life and being into fitness all my life, I was hitting the ropes, I was taking bumps — learning the basics, what that’s called — it was just the most natural thing I’ve ever done. And for me to feel that and realize that so quickly was shocking to me.”

Carpinello had to develop a character for himself. He chose to keep his wrestling name close to his true identity — Clayton is his middle name — to “stay as authentic as I could,” he said. He also chose to make himself a bad guy.

“For me, it was kind of what I wanted to do because there was nobody telling me what to do,” said Carpinello. “It’s kind of what you do to get yourself out there. So, the saying in the business is you want to take the smallest part of yourself and blow it up to huge proportions. If you’re a bad guy, you might not really care what people think about you.”

Just because Carpinello chose to make his character a bad guy doesn’t mean he gets to remain one every match. “Wherever you go, they might have a specific job for you to do, so it’s not really always up to you of what you’re doing that night,” he said.

Thus far, Carpinello has wrestled mainly within New York state, alternating between the Capital District and New York City. His most recent bout was in Brooklyn May 21, and his next area appearance is scheduled for July 16 at Albany’s Polish Community Center. But, he knows the life of a professional wrestler can involve a brutal travel schedule.

Still, Carpinello is willing to sacrifice his time and his body to reach the highest level of pro wrestling. He commutes between Albany and Brooklyn to train at Johnny Rodz’s gym, where he said he’s gaining the skills and knowledge he needs to take his career to the next level.

“You need to go where there’s opportunity, and within the last year I’ve really learned that to a T. I don’t do anything that won’t help me. I’m never satisfied. I want to get to the absolute top,” said Carpinello.