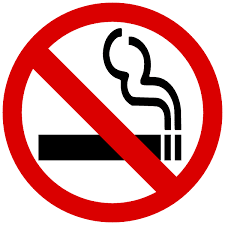 During their monthly legislative session on the evening of Monday, May 8, Albany County legislators passed a bill prohibiting the sale of cigarettes, tobacco products, liquid nicotine or electronic cigarettes to anyone under the age of 21. Additionally, the legislation prohibits the sale of non-tobacco shisha, rolling papers and pipes to those who under 21 years of age in Albany County.

Per the legislation, businesses selling such products will be required to post clear signage “in a conspicuous place” notifying customers of the law. Anyone caught violating any provision in the bill, “Local Law C 2016,” will be subject to civil penalties levied by the Commissioner of the Albany County Department of Health, in an amount not to exceed $1,000 for the first violation or $1,500 for each subsequent violation.

The vote in the legislature was not as close as some had expected: 24-13, with one abstention and one absence. None of the Republican minority voted in favor of the legislation; Peter Crouse (R-24) was the abstention and Patrice Lockart (R-26) was not present for the vote, while all eight remaining minority members voted against the bill along with Democrats Gil Ethier (D-18), Joe O’Brien (D-25), Christopher Smith (D-39), Charles Dawson Jr. (D-35) and Ralph Signoracci (D-17).

County Executive Dan McCoy will hold a public hearing within the next 30 days before the law goes into effect. He has not said whether he will sign it, but 24 legislators would be able to override an executive veto. If the bill becomes law, Albany County will join New York City and Suffolk and Chautauqua counties in raising the age for buying cigarettes from 18 to 21. The state of California last week passed the “Tobacco 21” law, joining Hawaii and more than 140 cities that have adopted it, including Boston, San Francisco, Kansas City and Cleveland.

“I’m thrilled legislators backed this important health initiative,” said Legislator Paul Miller (D-32) of Guilderland, who introduced the legislation. “It will reduce the amount of people who get addicted to nicotine by stopping them from smoking at an early age.”

According to county officials, almost 40 percent of tobacco retailers in Albany County are located within 1,500 feet of a school, and the Institute of Medicine has reported that 90 percent of daily smokers began using tobacco before turning 19.

“Tobacco remains the leading preventable cause of death and disease in New York State, causing more than 26,000 deaths a year,” said Deputy Majority Leader Lucille McKnight. “We can reduce that number by working to prevent young people from obtaining their first cigarette.”

The PACE program will be provided by the New York State Energize NY program. It will allow a local non-profit development corporation, “Energy Improvement Corporation,” acting on behalf of the county to make funding available to qualifying property owners; which will then be repaid through assessed property taxes. Property owners who are currently receiving funds for energy improvement from another municipal corporation do not qualify for PACE funding.

County Executive McCoy is expected to schedule a public meeting within 30 days.

Loudonville woman arrested for sending nude photos to a minor

School district budget basics: Residents vote this month on how their tax dollars will be spent next year