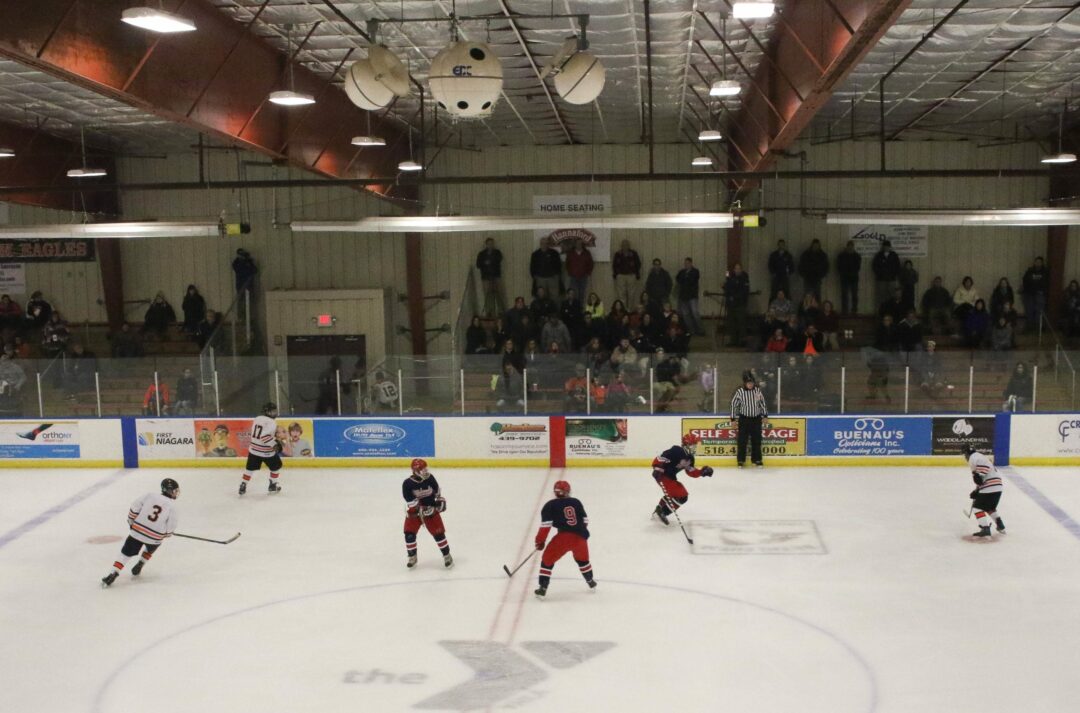 BETHLEHEM — The lights were turned down, and the music was turned off for the Bethlehem hockey team’s home game against Niskayuna/Schenectady Wednesday, Jan. 27.

The purpose wasn’t to throw off the visiting Mohawks by making it more difficult to see the puck, but rather to raise awareness for autism.

“We wanted to give back to Wildwood by hosting an autism awareness game,” said Lappe. “There’s not a lot of opportunities for autistic kids to go to high school events, so we wanted to provide them that experience.”

The way to do that was to keep the lighting lower than normal and reduce the sound as much as possible, since people in the autism spectrum can be overstimulated by loud noise and bright lights. Rensselaer Polytechnic Institute does a similar thing with its autism awareness hockey game every season.

The atmosphere did get more intense than what Lappe had intended, but only because the game itself turned out to be a barn burner. Bethlehem rallied on a pair of Michael Lemieux goals late in the third period to defeat Niskayuna/Schenectady 4-3.

“The game was a little loud for what we wanted, but overall we thought it was a well-planned, well-thought out game,” said Lappe.

Niskayuna/Schenectady goaltender James Blanchfield made 45 saves to give the Mohawks a chance to win, but Lemieux made certain the Bethlehem fans went home happy by beating Blanchfield twice in the final five minutes.

Andrew Kopplin and Kellen Hagen also tallied for the Eagles, and goaltender Alex Breiner made 17 saves.

Bethlehem followed up that victory with another come-from-behind win – a 4-3 victory over Christian Brothers Academy Saturday, Jan. 30, at the Albany County Hockey Facility.

Hayes Meredith scored the tying goal early in the third period, and Thomas Liebold tallied the game winner with 1:32 left in regulation to give the Eagles their seventh consecutive victory. Liebold finished the night with a pair of goals, and Breiner made 21 saves.

“I am blown away by the way these players have finally decided to click together as a team,” said Lappe. “We had trouble doing that early on in the season, and it showed in our performance. But these guys have really come together.”