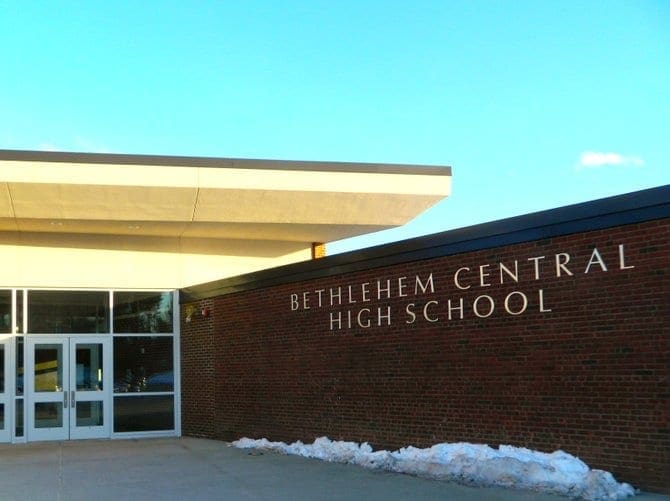 Both Bethlehem Central and Voorheesville high schools have officially been named two of the best high schools around.

As Bethlehem Central did not make the list last year, it is the Voorheesville School district that has emerged from the list as an oft-forgotten gem in the Capital District educational system. The school has held a spot in the mid-200 range for the past five years.

“It’s a testament to our staff members across the board,” said Voorheesville Central School District’s Superintendent Brian Hunt. “It pretty much comes down to student performance on standardized tests and our students perform very well.”

The school had a 100 percent graduation rate and a 97.7 percent college bound rate this year.

Rankings for the list were first made by using grades on standardized tests, then by weighted SAT/ACT composite scores, enrollment in advanced courses, graduation rates and college enrollment rates.

The school district’s Interim Superintendent Jodi Monroe also attributed her school’s success on the list to “all of hard work of teachers staff and administrators.” And of course, “parents are a huge contributor as well,” she said.

This most recent Newsweek’s Top High Schools list also included measures to account for student poverty, in order to avoid criticisms these rankings favor the country’s most affluent regions.

Both Clayton A. Bouton and Bethlehem Central high school were recognized for having all low-income students perform at or above state averages on state standardized tests.

Monroe also discussed another criticism that this list touches upon, the amount of standardized tests today’s student must now succumb to.

“Obviously there (are) a lot of public comments on how much standardized testing is required these days,” said Monroe. “But our students and teachers take them very seriously. Our teachers prepare students very well for them.”

The Newsweek High School Rankings recognizing the achievements of the best public high schools in the United States for college readiness, have been published for more than a decade.

Shaker pulls away from CBA in football opener

Ballston Spa holds on to beat Colonie in football opener