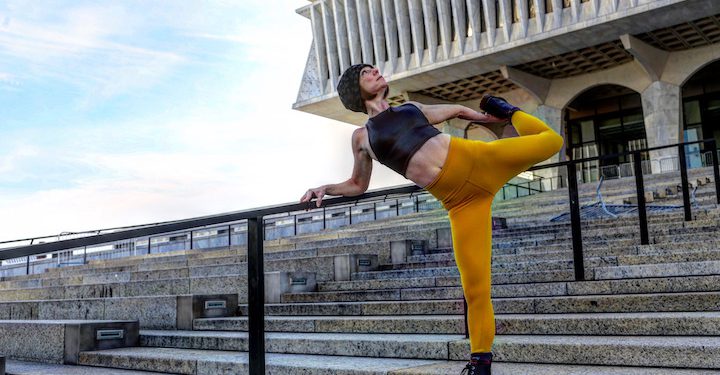 ALBANY– With the holidays in full swing, many are excited about the festivities, food, and time with friends and family. However, for some, the food-heavy holidays are often a triggering experience.

Karli Taylor, a fitness consultant, has made it her work to educate people about eating disorders. Taylor has dealt with her eating disorder since she was a teenager and continues her recovery to this day. Although some of her teachings focus on tips for those struggling with an eating disorder, Taylor does offer education to those who do not.

The happy times of the holidays are often overshadowed by fear and guilt of food, and body image, size, or weight for those struggling with an eating disorder. The often negative thoughts are amplified this time of year and can even be added to by people who haven’t been seen in years. Most of the time, people mean well by their comments about physical appearances, but for a person with an eating disorder, the reception of that comment isn’t always considered positive.

For Taylor, there are three tips, or rules, to follow around the holidays to ease triggering thoughts or feelings for people with and without eating disorders. The first is to never comment about weight, regardless of whether it is a positive comment. The second rule is to not comment on what someone is or isn’t eating. The final rule Taylor offers, which is also the hardest, is avoiding making negative comments about your body or eating habits.

“Words matter,” Taylor said. “You may mean it as a compliment, but you don’t know what goes into that.”

As a fitness consultant, Taylor can see how the fitness industry preys on people who may feel insecure about their appearance. It’s only gotten worse with the adage of fitness influencers and the accessibility of social media, especially throughout the pandemic. There will always be another product and another influencer to sell it to you.

However, Taylor urges people to remember that what’s seen on social media is a highlight reel of someone’s life, not their reality. It is easy to pose for a photo a certain way or edit images and videos through software. That person or influencer may not, and probably doesn’t, look the same way they do on Instagram as they do in real life most of the time.

“There’s no such thing as a quick fix,” Taylor said. “We need to break away from thinking we need to be fixed.”

In recent years the #selflove movement has overtaken social media. The idea, in earnest, is to celebrate all bodies regardless of weight, size, or shape. Although that message is a positive one, it’s often too much of extreme for those struggling with eating disorders. To go from hating your body for whatever reason to loving it for all it is is a gigantic jump.

Taylor, therefore, pushes for body neutrality rather than the extreme of self-love. To come to a place of calm within your body is far more attainable than the idea of loving it completely. For Taylor, there are three steps to come to full-body neutrality.

“I always talk about the self-love structure,” Taylor said, “It starts with self-awareness, then self-acceptance, and then self-appreciation. You have to get through all of those things to get to the ‘I love myself’ part.”

By spending less time on what you look like or what the numbers are on the scale, Taylor wants people to focus on how they feel. She also wishes that people facing eating disorders would enjoy themselves this time of year without the guilt of food-heavy holidays. All in all, Taylor wishes people take care of themselves.

“Give yourself permission to say no, and the things you have to show up for show up for,” Taylor said.

Cost for fuel has been going down, but winter cold may freeze the trend