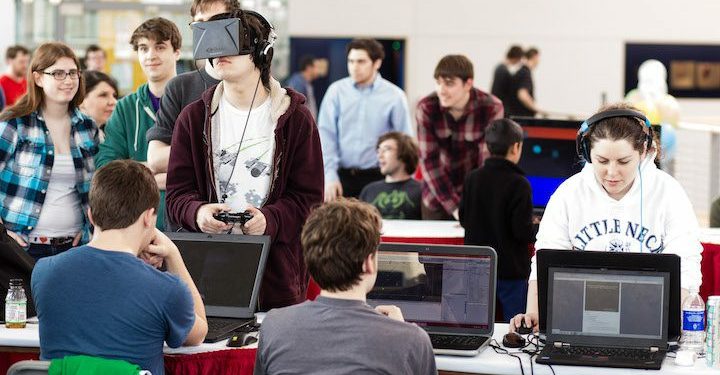 TROY —  The Rensselaer Game Showcase  — a celebration of creativity and innovation in student-designed video games — will be held in the McNeil Room of the Rensselaer Student Union on Saturday, Nov. 19, from noon to 5 p.m.

The event is free and open to the campus and local community.

The annual showcase, hosted by the RPI Game Development Club and the Center of Excellence in Digital Game Development, returns in person from its pandemic pause, giving RPI students, and Troy developers including 1st Playable Productions and Velan Studios, the opportunity to demo everything from video games, game prototypes, board games, and other interactive programs for the local community.

“RGS is really a place to show off all types of games — from class projects to game jams, to personal projects and even games with official releases planned,” said Chris Pugliese, vice president of the RPI Game Development Club. “From 48 hours to 408 hours, from prototypes to final versions, we’re sharing the stuff that we’ve been working on with the world.”

Refreshments and merchandise, including T-shirts with student games listed, will be available at the event.

“RGS is coming back for the first time in three years,” said Emily McNee, President of the RPI Game Development Club. “We’re thrilled to bring together the RPI game development community, and beyond, once again, whether it be game design majors or those who develop as a side hobby.”

The Rensselaer Game Development Club was founded in 2001 to provide community and resources for game developers at RPI.

Funded by Empire State Development’s Division of Science, Technology, and Innovation (NYSTAR), the Center of Excellence in Digital Game Development at Rensselaer Polytechnic Institute aims to bring together higher education, industry, and community partners in order to foster the growth of the digital gaming ecosystem in New York State’s Capital Region and Tech Valley.

For more information about the Rensselaer Game Showcase, and the Center, visit https://gamehub.rpi.edu/.

Founded in 1824, Rensselaer Polytechnic Institute is America’s first technological research university. Rensselaer encompasses five schools, over 30 research centers, more than 140 academic programs including 25 new programs, and a dynamic community made up of over 6,800 students and 104,000 living alumni. Rensselaer faculty and alumni include upwards of 155 National Academy members, six members of the National Inventors Hall of Fame, six National Medal of Technology winners, five National Medal of Science winners, and a Nobel Prize winner in Physics. With nearly 200 years of experience advancing scientific and technological knowledge, Rensselaer remains focused on addressing global challenges with a spirit of ingenuity and collaboration. To learn more, visit www.rpi.edu. 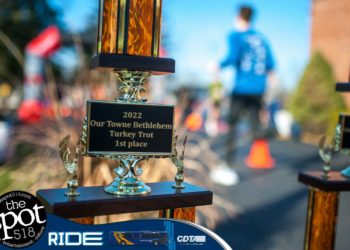