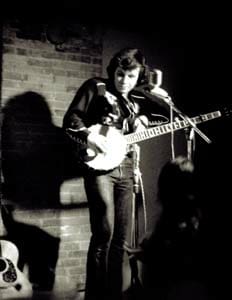 NEW YORK — Julien’s Auctions recently announced details of its upcoming “Property From The Life and Career of Don McLean” auction, a celebration of the 50th anniversary of his timeless classic, “American Pie.”

The auction is to feature over 300 items from McLean’s personal collection curated from his homes in Garrison, New York, Camden, Maine, and Palm Desert, California, taking place from Friday, Nov. 11 to Sunday, Nov. 13th in Hard Rock Cafe New York and online at juliensauctions.com.

Headlining the event and appearing on the auction stage for the first time will be Don McLean’s original lyrics of his classic hit single, “Vincent (Starry, Starry Night),” with an estimate of one million dollars.

It was also announced that a portion of the proceeds will go to the Don McLean Foundation, which contributes funds to underserved college students, homeless shelters and food banks in the state of Maine and throughout the country and “Kicking The Stigma,” the Indianapolis Colts and the Jim Irsay family’s national initiative to raise awareness about mental health disorders and to remove the stigma too often associated with these illnesses.

In 1969, McLean scored his first Billboard Hot 100 single, “Castles in the Air” with the flipside “And I Love You So,” from his debut album Tapestry. “And I Love You So” became the most recorded song ever written by Don McLean with over 50 versions recorded. But it would be his next album “American Pie” that would rocket McLean’s career as an international superstar with its titular single becoming a worldwide phenomenon and entry into the American lexicon.

The mythic eight-minute-long song with its poetic phrase, “the day the music died,” in reference to the tragic 1959 plane crash that took the lives of rock legends Buddy Holly, The Big Bopper, and Ritchie Valens, gave voice to his generation’s disillusionment of American society and a loss of innocence as the tumultuous Sixties gave way to the uncertain Seventies. The smash hit single was No. 1 on the U.S. Billboard Chart for four weeks in 1972 and topped the charts in the UK, Australia, Canada, and New Zealand. The album was No. 1 in the U.K. for seven weeks in 1972, charted for 53 consecutive weeks.

“American Pie” received Grammy nominations for Album of the Year, Best Pop Vocal Performance (Male), Record of the Year, and Song of the Year, and the album’s second single “Vincent (Starry, Starry Night),” an emotional tribute to the artist Vincent Van Gogh, charted in the U.S. and the U.K., and ranked Billboard’s Top 100 songs for the year.

Local legend long claimed that McLean had written “American Pie” from Tin & Lint Company on Caroline Street in Saratoga Springs. Despite a plaque that commemorates the very spot in which the song was supposedly composed, the legend was debunked by local journalist Thomas Dimopoulos.

Dimopoulos, now the City, Crime, Arts & Entertainment Reporter for Saratoga TODAY, interviewed the artist for a feature published by the Post Star in 2012.