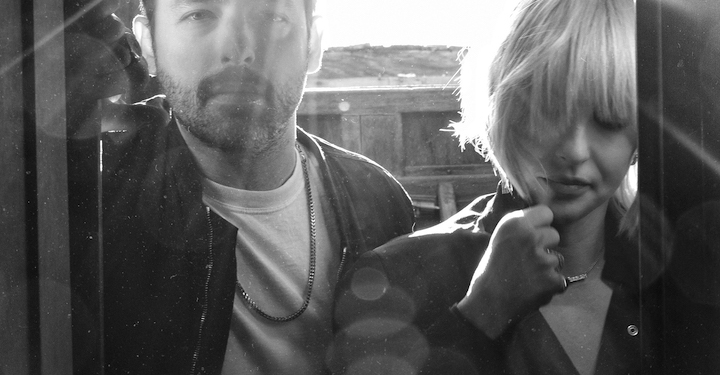 Last year’s local fare that was inspired by the lingering COVID-19 virus, inspires a music lineup that leaves a sweet hint of our music scene; including from headlining act, Phantogram.

Sarah Barthel and Josh Carter stepped out into mainstream success off their adrenaline-pumping 2016 hit “You Don’t Get Me High Anymore.” But Phantogram started hoofing it here in the Capital District with the arrival of their 2010 debut release “Eyelid Movies.” Since then, they have amassed over a billion streams, achieved one platinum-certified single, two gold-certified singles, collaborated with legends such as Tom Morello, Billy Corgan, The Flaming Lips, and Miley Cyrus, and partnered with Big Boi of Outkast to form supergroup Big Grams, headlined sold out shows worldwide, become a festival staple and toured with artists including Arcade Fire, The xx, Muse, M83, alt-J, and more.

Phantogram is set to spin a mix of their songs and influences as part of a special DJ set once they take the stage at 6 p.m. It will be the culminating act that is to include musical talents BattleaXXX, Precious Metals, The Kaleidoscope Kid and Whole Damn Mess.

Remarkable Liquids presents Pearlpalooza 2022 as a free event back on North Pearl Street between Sheridan and Pine Streets. The all-day event begins with YogaPalooza, exhibited in front of the stage at 11 a.m.

YogaPalooza, presented by MVP Health Care, is the Capital District’s only street-wide mass yoga gathering returns for its sixth year! Instructors from the Hot Yoga Spot lead a free, one-hour, all-levels yoga class from the stage. It’s presented in association with The Hot Yoga Spot, The Hollow Bar + Kitchen, Best Fitness and the Renaissance Albany Hotel. To participate, register at thehotyogaspot.com.

The music begins shortly after with local, hard-rocking trio, BattleaXXX at noon.

Straight out of Albany, BattleaXXX is said to take their fun very seriously. As Nippertown.com puts it, “BattleaXXX will surprise, shock and delight you; the sassy, catchy tunes and over-the-top clever lyrics will follow you for days after, making you come back again and again.”

The music continues with another power punch out of Troy, Precious Metals, at 1:30 p.m. Precious Metals is a solo endeavor from singer-songwriter J Lee White. The high-energy alt-rock sound features a rolling cast of contributors, pulling from the early 2000s emo explosion and 2010s indie rock revival.

And as the shadows start to descend, Whole Damn Mess will start playing at 4:30 p.m. Whole Damn Mess packs a punch with their unbridled energy and songcraft. The Los Angeles band – Don Miggs, C.Todd Nielsen, Lawrence Katz, and Greg Hansen – forge an instant connection through familiar rock and roll sounds and anthems.

$5 event parking is available at ParkAlbany’s Riverfront, Quackenbush, and Green-Hudson Garages, just a few blocks from the action! Find more at downtownalbany.org/parking.