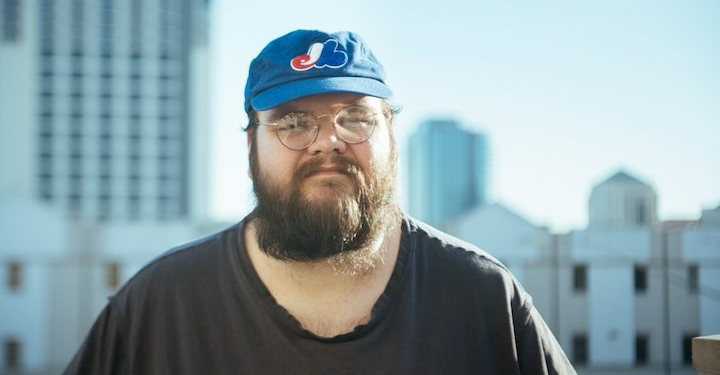 After the pandemic forced him to forgo touring for his 2020 release, the dynamic artist is back on the road to support his upcoming album, “Birds In The Ceiling,” out Friday via Bad Omens/Thirty Tigers.

“Birds In The Ceiling” will follow LP5, Moreland’s acclaimed 2020 album that he was unable to tour for due to the pandemic. With touches of folk, retro-pop, roots, and rock, Moreland’s wide-ranging musical tastes and influences inform Birds In The Ceiling more than any of his previous work. While the songwriter’s sound continues to evolve on his sixth album, the foundation of his songs remains built around his profound and pensive lyricism. Birds In The Ceiling is an intimate listening experience that blurs genre lines and simultaneously exudes intensity and restraint.

Moreland doesn’t claims to have the answers, and he’s not sure anyone does. But he’s still curious, basking in the comfort of a question, and along the way, those of us listening feel moved to ask our own. “I don’t ever want to sound like I have answers, because I don’t,” he said. “These songs are all questions. Everything I write is just trying to figure stuff out.”

Moreland is discussing his new album Birds in the Ceiling, a nine-song collection that offers the most comprehensive insight into the thoughts and sounds swimming around in his head to date. A compelling blend of acoustic folk and avant-garde pop playfulness, Birds in the Ceiling lives confidently in a space of its own, enriched by tradition but never encumbered by it. The songwriting that has stunned fans and critics alike since 2015’s High on Tulsa Heat remains potent, while the sonic evolution that unfolds on the record feels like a natural expansion of 2020’s acclaimed LP5.

The New Yorker, Pitchfork, Fresh Air, Paste, GQ, and others have embraced Moreland’s meditative songs, while performances on The Late Show with Stephen Colbert, CBS This Morning, NPR Tiny Desk Concert, and more have introduced Moreland to millions. And yet, while the Tulsa-based Moreland is grateful for the respect and musical conversation he’s now having with people around the world, he is also more focused on the idea of just talking to one person––or even himself. “Through the years, I’ve felt like I’m increasingly talking to myself in my songs, more and more,” he said. “Maybe in the past, I wasn’t aware of it, but now, I am. I think doing that has helped me be less hard on myself, which makes you more generous and compassionate in general.”

That helps explain why even if Moreland is reaching out to someone else, there is no judgment. “I’m in the same boat with whoever I’m talking to,” Moreland said.

Moreland’s songs do feel intimate––like overheard conversations or solitary meditations. “I want to talk one-on-one to someone in a song,” he said. “I don’t want to address a group, really, because I think that’s when it’s easy to start pontificating––and it gets less honest.”

For tickets and information, visit https://levonhelm.com/shows/2022/7/23/john-moreland.

Poll: Most not happy with Supreme Court

Antiviral COVID drug in the works