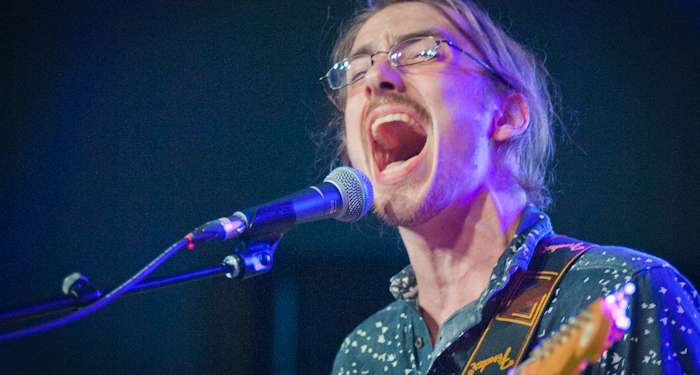 Battle of the Bands on Thursday, Aug. 22

ALBANY — The Albany Tulip Festival has served the local scene as a harbinger for all music festivals, and this year marks the return of live music to its stage since the outbreak of COVID-19 two years ago.

Bad Mothers was named as the Main Stage’s opening act and it couldn’t be a greater symbolic nod to the passage of time and all that has been accomplished since Washington Park last hosted live music.

The dirty-rock quartet has long been a local favorite, garnering crowds to shows throughout the 518. They nearly earned the opening of 2019’s Pearlpalooza, advancing through the preceding battle of the bands competition before falling short in the final. But last December, the band dropped its debut album after signing with Shooter Jennings’ record label, Black Country Rock.

Hanzolo officially starts things off from the Local Stage at the Washington Park Lakehouse. The seven-piece band out of Cooperstown has an explosive sound that mixes soul, jazz, rock and funk. Backed up by a bright horn section, their songs are dance-ably fun with thoughtful lyrics.

The lineup includes an eclectic collection of celebrated artists shared between the festival’s two stages on both Saturday and Sunday.

Taina Asili: Taína Asili is a New York-based Puerto Rican singer, filmmaker and activist carrying on the tradition of her ancestors, fusing past and present struggles into one soulful and defiant voice. Her music combines powerful vocals carrying themes of hope and liberation with an energetic fusion of Afro-Latin, reggae and rock. Asili’s music offers a sound that spans continents, exuding strength of Spirit, inspiring audiences at venues across the globe – From Carnegie Hall to the Women’s March on Washington to the main stage of San Francisco Pride. With an energetic horn section and infectious rhythms, Asili’s music urges people to get on their feet and dance to the rhythm of rebellion.

DJ TGIF: THE HYP3ST DJ PERIOD! Brooklyn-born and Albany-raised, DJ TGIF is an Eddie Award nominee for Best DJ. He’s traveled the country with his brand acting as a celebrity DJ and he’s to play a set at the park on Sunday.

Playin’ with Fire: This local band features yet another Eddie Award nominee in Kim Wickham. Wickham was named among the area’s best songwriters last year. The band is a vibrant and powerful performance act capturing seamless tributes along with crowd-pleasing originals, harmonies and engaging personalities.

E.R.I.E: TJ Foster’s passion project came to light just as the world was shutting down in 2020. What began as a passion project developed while Foster was unexpectedly laid up in a hospital bed for three days. It has since turned into a fully-formed quartet, winning over audiences with catchy songs and energetic live performances.

Canella: Canella brings a Latin spice to her indie folk-rock style. With some pop influences, her songwriting is full of intricate melodies that tell stories of existentialism and share intimate thoughts. Born and raised in Colombia, but listening to ’70s and ‘90s rock, Canella dove deeper into her solo songwriting career, utilizing her influences from former Albany local band Waitress and implementing these elements into her more personal sound.

B. Chaps and Freedom Stratton: The two promise to usher in a hip-hop flavor to the festival when they take the stage. Stratton is a talented renaissance man who is successful as a singer, dancer, actor and model. B. Chaps, who may be recognized as the drummer for Bad Mothers, continues performing with a hip-hop/alternative vibe with a dose of jazz.

Powerhouse Funk Band:  Powerhouse is a captivating band with a sound that blends soul music, R&B, neo-soul, jazz, funk, and everything else in-between. If you want feet that stay on the dance floor, electricity and excitement in the room, and feel-good fire deep in your soul, and the terrific sounds of excellent music in your veins, the Powerhouse is the band for you.

Kieran Rhodes: Kieran Rhodes is an accomplished performer, songwriter, pianist and vocalist. He currently studies songwriting and piano at the esteemed Berklee College of Music. Kieran is from Burnt Hills, New York. As a songwriter, he has released multiple songs under his name which can be found on all streaming platforms. Kieran also has experience writing songs for television. His most recent project being a co-writer on a song for The Food Network’s “Restaurant Impossible.”