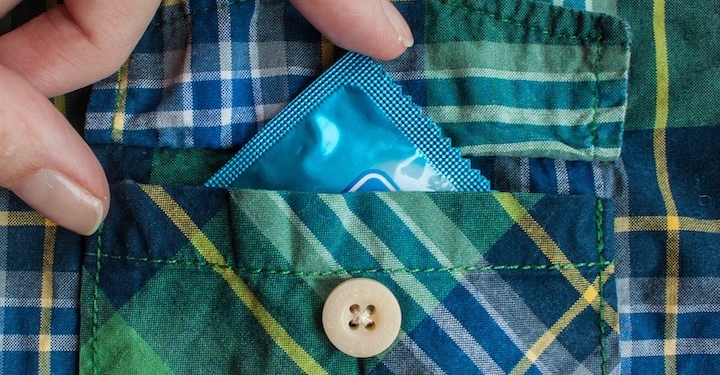 ALBANY – An increase in condom use has the potential to prevent one in 11 new HIV infections among adolescent males who have sexual contact with other males, according to hypothetical modeling work out of the School of Public Health.

Published in Sexually Transmitted Diseases, the journal of the American Sexually Transmitted Diseases Association, the research team investigated effects of a hypothetical comprehensive sex education intervention, looking at how condom use may change based on different scenarios and simulations — considering important variables like the age of an individual during intervention delivery and whether the intervention is given before they start having sexual contact with other males.

“Condom use not only has the ability to reduce HIV burden for adolescent males, but it also has the ability to reduce other sexually transmitted infections,” explained Elizabeth Rosenthal, a doctoral student in Public Health and a member of the team. “Creating estimates of how condom use could help avert negative health outcomes may help to inform development — and implementation — of public health interventions.”

Using various data sets that collected information on youth behavior between 2011 and 2017, the research team focused their work on adolescent sexual minority males (ASMM) between the ages of 13 and 18. They assessed condom use in relation to age, year and ethnicity, and predicted what would happen if their intervention increased condom use by 37 percent for five years, and if 62 percent of males who had sex with males received this intervention when they were 14 years old.

“Despite having higher HIV incidence than heterosexual adolescents, ASMM haven’t received the same amount of research for HIV prevention,” said Associate Professor Eli Rosenberg of Epidemiology & Biostatistics, a contributor to the article. “More research is needed to identify the most effective and efficient strategies for improving condom use for this population specifically.”

This feature is republished with permission from the University at Albany.