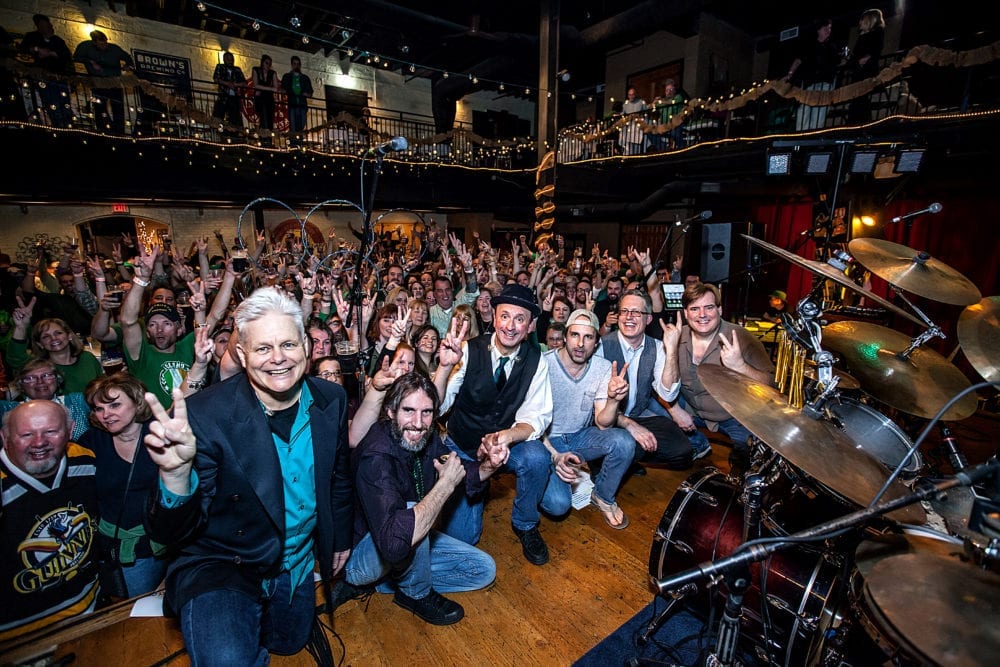 TROY — Get Up Jack is set to play in front of a Brown’s Revolution Hall crowd on another St. Patrick’s Day, on Saturday, March 17.

That band, widely known for playing traditional Irish folk songs, has been making a tradition out of playing on what has become the most popular day to be Irish.

“Yeah, that’s the beauty of it,” said Tom Pirozzi, of Get Up Jack, who is Irish on his mother’s side. When the band played Troy last year on a Friday, it filled Revolution Hall with 500 people. “This year, St. Patrick’s Day falls on a Saturday.”

Here’s some fun math for you as we all approach St. Patrick’s Day.

There are 4.68 million people in Ireland, from which the holiday originates. Keep in mind, St. Patrick is a Catholic saint and one only needs to look at the Irish flag to be reminded that not all who reside there are Catholic.

In the United States, according to the latest Census, there are 34.5 million people who claim Irish heritage at least partially. That’s seven times more than everyone living in Ireland. But, come St. Patrick’s Day, that number jumps to somewhere in the ballpark of 323 million people. That’s, you know, everybody.

A funny thing,  the things we know to be associated with St. Patrick’s Day — parades, corned beef and cabbage — originated here. Ireland is only now just joining the party.

Local tradition calls for parades to fall on the Saturday preceding St. Patrick’s Day. The shenanigans, of course, are not limited by the date on the calendar. But, when the 17th falls on a Saturday, parades ensue and the revelry picks up with fervor.

Guitarist and singer John Haggerty said the band’s day will start that morning with a pre-parade party at 9 a.m., “and it just goes from there,” he said. “It’s kind of crazy, but it’s great. Everybody is psyched from 9 o’clock, on.”

Get Up Jack has steadily developed a following in recent years since Haggerty, Mike DeAngelis and Scott Apicelli split from Hair of the Dog. The intent was to focus on more traditional Irish folk music. “Wild Rover” and “Whiskey in the Jar” are just two examples of songs that call for the crowd to sing along. The rousing scene keeps the craic up in the room — the fun.

“We challenge ourselves to keep up with the crowd,” said Haggerty. That, “and some Irish coffee.”

The band has organized a trip to Ireland that embarks later this month. The two-week tour involves members of the band and 90 of its fans, highlighted by two gigs at a couple of local pubs. The atmosphere, Haggerty said, can oftentimes be different over there than here in Troy.

Sometimes, “you can hear a pin drop,” he said. “They like to hear every word.” And, though the natives appreciate hearing “their” songs from an American band, Haggerty said, the crowds in Ireland often want to hear some country music. “So, we make sure we have a few songs for us to play.”

Get Up Jack plays Brown’s Revolution Hall on Saturday, March 17, at 7 p.m.