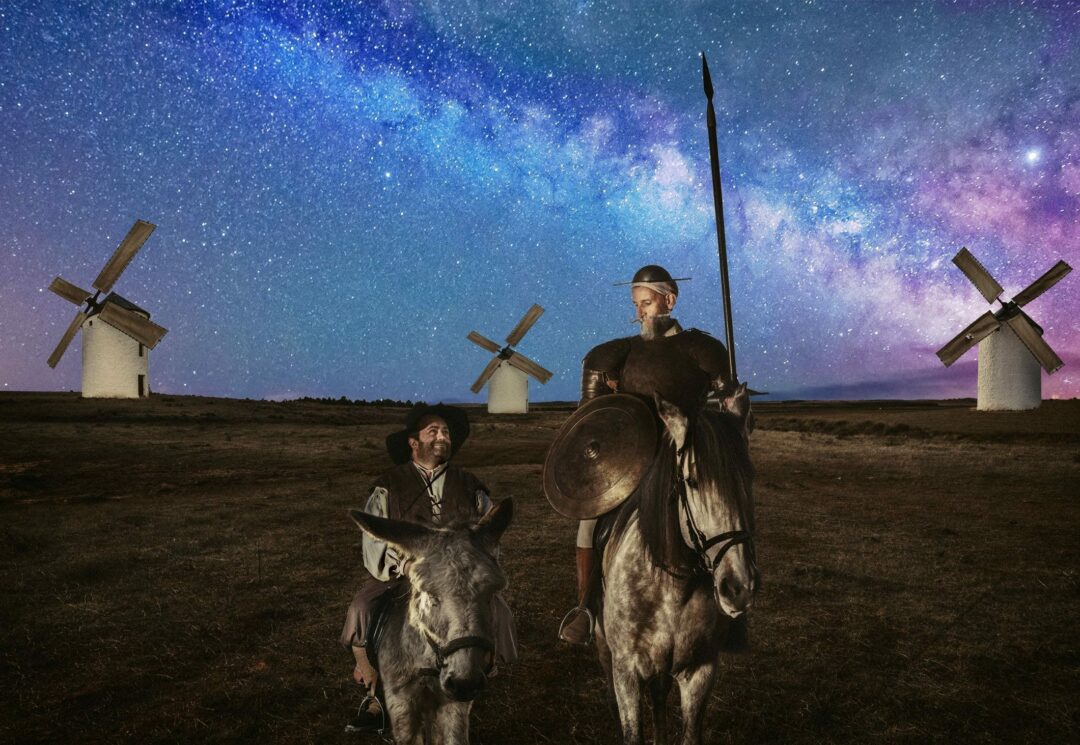 SARATOGA SPRINGS — Windmills turn into giants, inns to castles, shaving basins to golden helmets, and Aldonza to Dulcinea in the idealist world of “Man of La Mancha.” And with a bit of imagination and a whole lot of talent, Cervantes and his fellow prisoners transform an audience into a sea of dreamers.

The musical is part of Opera Saratoga’s Don Quixote-themed summer festival and is running from Thursday, July 8, to Saturday, July 10.

“Man of La Mancha” tells the story of Miguel de Cervantes, the author of “Don Quixote.” After his imprisonment for taxing the church during the Spanish Inquisition, the other prisoners raid his belongings, where they find his prized manuscript. They put him on trial, after establishing that he will be found guilty regardless, for the chance to save his writing. As his defense, Cervantes brings his novel to life by putting on a play where he becomes “knight” Don Quixote. It begs the prisoners — and the audience — to dream the impossible dream, to see the world as something far more beautiful than realism allows.

The cast — comprised of Zachary James, Kelly Glyptis, and 16 of Opera Saratoga’s 2021 Young Artists — gave stunning performances that breathed an operatic note into the musical.

Although not written as an opera, “Man of La Mancha” is a show that requires powerhouse vocals, whether it’s the baritone Cervantes, tenor Sancho, or soprano Aldonza, and the cast’s training in opera complimented each song beautifully.

In a previous interview, Director Lawrence Edelson said, “When you hear Zachary James sing ‘The Impossible Dream’ at SPAC this summer, you will understand why Opera Saratoga is producing a musical!” Having heard James’ performance, he was absolutely right.

The part of Cervantes played to James’ impressive range and booming voice. But as much as his vocal performance told a story, his acting was just as moving. James expressed his vision of making his narration a take on theatre-in-the-round by bringing the audience into the prison with the rest of the characters. This, combined with the open-air theatre and frame narration, made the show feel like a classical comedy.

James, having been on Broadway and in operas across the globe, was unsurprisingly great. His monologues were captivating, and his voice was powerful. It was no surprise that the rest of the cast was equally talented, but what was impressive was that every single actor or actress held their own on stage. Ensemble members who may have only had a few solo lines shined, and together, they brought the themes of the show to fruition.

Brian Yeakley, playing Cervantes’ servant/Sancho, was a favorite of the evening. His comedic timing was almost as excellent as his voice, and his performance of “I Really Like Him” garnered laughs and applause throughout. Both in Cervantes’ world and Quixote’s, Yeakley conveys the authenticity, loyalty, and wit of his character wonderfully.

It would be remiss not to mention Kelly Glyptis, who captured the conflict, pain, and struggle of Aldonza, all while belting out song after song. She provided one of the most moving scenes of the show with her performance of “Aldonza,” and again gave a stunning performance in the finale sequence.

The show marks the return to live theatre following the pandemic with the best message: live beautifully, live for what is to come, live with hope and optimism and strength.