ALBANY — Glass Pony is starting the summer right where it left off last year, and that’s more impressive than you may realize.

The self proclaimed “High-energy psychedelic groove circus” — something out of the creative mind of frontman Eddie Hotaling — is on an upward trajectory unlike any other band coming out of the pandemic.

This weekend features two shows starting with a Friday night performance at Lark Hall with Baked Shrimp on July 9, at 8 p.m. They shoot up to Plattsburgh to play The Monopole on Saturday.

The four-piece band is capping a string of online events that has kept them in front of the eyes of the scene. The band roared out of March following its “Practice Sessions” at Lark Hall, performing a livestreamed set from the historic venue with Mirth Films. The momentum it carried through 2019 kept rolling into a couple of friendly competition events inspired by NCAA college basketball’s post-season tournament featured by online magazines NYSMusic and Nippertown. Music fans voted often for the group on both sites.

Through Nippertown, Glass Pony played to exposure with a couple of more livestreamed events, the first from High Peaks Entertainment and the last from inside the lobby of Albany’s Palace Theatre. The last show aired last Wednesday as part of a special Palace Sessions program that also featured Eddie Award-winners Girl Blue and Candy Ambulance, and Black Country Rock’s Bad Mothers.

Now four years on the scene, Glass Pony is wriggling out of the jam band moniker others have pinned upon it. There’s some semblance, maybe, because of their association with Ominous Seapod’s Brian Mangini and Tom Pirozzi. Hotaling and lead guitarists Greg Pittz spent their youth soaking in their music as the elder two often played at Delmar’s Swifty’s as Raisinhead. A bond developed that remained evident once the younger duo developed their band. Pirozzi stood as a staunch supporter of the fledgling group on social media. The Glass Pony name, Pittz said, pays homage to Mangini’s nickname “Dark Pony.”

Hotaling, Pittz, bass player Jeff Picarazzi and drummer Chanda Dewey were emerging from the dark horse status at the close of 2019, shoring up gigs outside of the Capital District. More progressive than a jam band, the four were starting to take advantage of the pipeline of college towns that nonetheless pushes jam bands throughout the Northeast. Glass Pony had several spring dates confirmed for New England. But, come March, and the 15 months that followed, the time represented nothing but deferred dreams and disappointment.

“We’re very focused on how to improve what we’re doing. How to move forward,” Hotaling said. While waiting out the pandemic, the band recorded nine tracks towards an upcoming album it plans to release later this year. Fans can look for the new music to be released on a CD format.

The upcoming CD will introduce keyboards, something you won’t see from their live sets. Though Pittz said the songs called for that sound, don’t expect to see keyboards on future sets. Hotaling agreed, there’s a non-verbal way in which they speak that they don’t want to mess with.

“I don’t think we’ve taken the time to appreciate how far we’ve come. A couple of weeks ago, I was listening to something we had done a few years ago. I was surprised by how much better we’ve grown as a band.”

A look at Glass Pony’s itinerary shows a band catching up from lost time. Later in July, the four-piece band will hit the Barn at French Mountain in Lake George on Friday, July 16 before playing the Rye Bread 45 festival at Lee’s Park Campground at Saratoga Lake from Friday, July 29 to Sunday, Aug. 1. Pittz credits the livestreamed shows for providing help opening some of those stages to them, including a late August show at Brewery Ommegang in Cooperstown. It’s getting busy again.

“I like that all these people come together and I get to see these people,” said Pittz, who added how friends they haven’t seen in awhile come out for shows. “The shows and the music provide the coming-together point. We’re on stage and they’re in the audience, but we’re there together. We’re doing it together. I think about that a lot.” 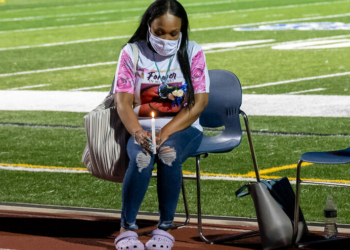