Baroque violinist performs in Troy’s famed music hall, to which she has familial ties 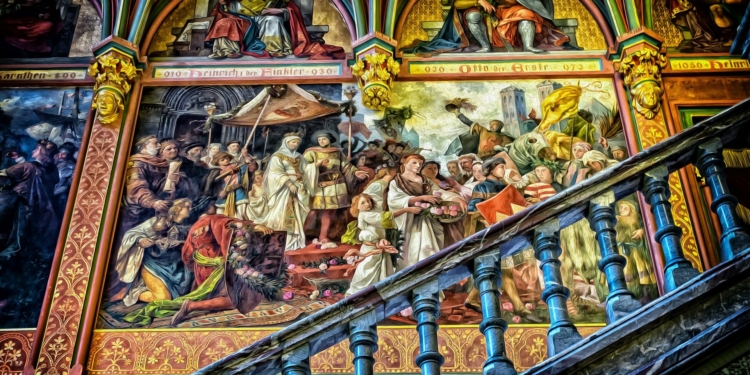 TROY — Adriane Post descends from a line of overachievers, something that revealed itself after she formed her first quartet at age 11.

Now 36, the accomplished violinist downplays the fact as a modest act of children just having fun while making money for summer camp. Nevermind the pre-teen quartet garnered paying gigs at weddings — which, by definition, makes them professionals.

“We didn’t really know that what we were doing was supposed to be hard. We just had fun and spent enough time at it that we were working musicians as kids,” she said. “Not that we were forced to or anything. We had offers to play at weddings when we were 11 and 12 years old, and we did it. We got a lot of experience being on the spot and being on our feet.”

Her pedigree is steeped in music. Her mother, Kathy, was a fiddle player who performed both American and Irish folk music. Her father, Peter, also played violin. From playing for summer camp money, Adriane went on to study music at Oberlin Conservatory, where she earned a bachelor’s degree. She later received her master’s from The Juilliard School’s Historical Performance program.

Musically, the New England native dwells somewhere near the Baroque period — a style often defined by intimately-sized troupes performing chamber music particularly popular in the early 17th century. The New York Times has described her as “exquisite,” and has led many period ensembles to seek her out for collaborations, to solo or to lead.

“It’s really just a way of communicating and making something together with other people. But, really, a language that you can share,” Adriane said of chamber music. “There’s something about making music in that small format. You just have so much freedom, you can throw each other a curve ball and sort of play games and communicate wordlessly. It’s so much more agile than a larger ensemble. Which is wonderful in different ways.”

She is also a founding member of Diderot String Quartet and of ACRONYM Ensemble, the latter of which recorded a performance last month at Troy Savings Bank Music Hall. Aside from the music venue’s storied past, and its famed acoustics for which musicians from various ilks plan stops to Troy, the violinist has a familial tie to the hall.

The ornate stone structure on the corner of Troy’s State and Second streets harkens back to the city’s more affluent days when the bulk of the country’s commercial goods flowed up and down the Hudson River. The six-story structure was to serve as Troy Savings Bank. As a gift to the community that helped build it, the bank added a particular gem.

Within the floors above the hustle and bustle of the city lies the storied music hall that today beckons musicians from various backgrounds to capitalize from the room’s acclaimed acoustics. While contemporary venues are designed with particular attention to sound, the same cannot be said about those built in the past. Which is why this room has bewildered experts.

It also continues to seat 1,175 people. The average American is considerably heavier and taller than those of that time — nearly five inches taller according to the U.S. Department of Agriculture — confining patrons into chairs slightly tighter than modern day arrangements. Nevertheless, because of its inexplicable effects on sound, The Troy Savings Bank Music Hall Foundation doesn’t plan to change anything soon.

Aside from the hall’s chandelier that was replaced when lighting was converted from gas to eclectic in 1923, very little has changed. Many of the fresco paintings along the walls and ceilings are original, as are the marble staircases leading to the room. Troy Savings Bank Music Hall is a standing legacy to the man who designed it, George B. Post. Adriane’s great-great grandfather.

George Post was a master in American architecture. His list of accomplishments include designing the New York Stock Exchange Building, the New York Times Building, the Bronx Borough Hall, the Wisconsin State Capitol and the New York World Building. Lost in the grandeur of his designs was his fascination with the arts. In addition to meeting demands for taller and larger buildings, he’d turn his structures into practical works of art. His buildings showed a love for the Beaux Arts — stone columns and pediments, and ornate facades.

“To be able to play in a hall designed by my great-great grandfather, playing a violin also from the family, is just a very bizarre thing,” Adriane said. “It’s just an extra bonus for me that there’s also a family connection. That’s just icing on the cake.”

Adriane’s violin is an heirloom from her great-grandmother, Dorothea. She was an accomplished performer in her own day, but Adriane said her talents were not widely recognized by audiences that still refused to support women.

Dorothea was gifted the already vintage instrument from her brother, who bought “the best he could find” from somewhere in New York City. The construction of her violin, specifically the length of the fingerboard, dates back to the Baroque period. She played it while performing in a trio comprised of her sister and mother in Morristown, New Jersey. The trio continues to be celebrated from their family home, now the Macculloch Hall Historical Museum.

As tastes changed from chamber music to larger ensembles playing inside expansive halls, instruments changed. The harpsichord was abandoned for the grandiose sound of the piano. The fingerboard of the violin grew in length, too, to amplify its sound.

Adriane knows the violin was old before her grandmother received it but, because it was customary for people to change the labels on their instruments to match the more popular names of the day, she said she can’t pinpoint its exact age. It nonetheless helps her to pull forgotten music through the centuries for people to enjoy today.

“One of our missions is to honor these pieces and a lot of the pieces we play are modern premieres,” Adriane said. “We find it especially fun to dig up pieces that haven’t been heard in the modern times.”

ACRONYM Ensemble is a 10-piece baroque band dedicated to giving modern premieres of the wild instrumental music of the 17th century — earlier than baroque. The musicologists in her troupe often dial into the archives in Uppsala, Sweden from their home computers, virtually leafing through lost manuscripts to find hidden gems. The members of her ensemble then perform using instruments authentic to the period.

The group recently performed such a gem which they recorded in Troy as part of the upcoming Boston Early Music Festival. The festival is perhaps the largest of its kind. Every two years, since its founding in 1980, the festival features historical music performances including opera, dance and orchestral.

The program is titled Ad Astra, referring to the Latin phrase per aspera ad astra or “through difficulty to the stars,” which is inspired by the explosion of cultural activity following the end of the Thirty Years War in 1648. Nearly 400 years later, Adriane said, the music seemed appropriate for today.

The program features compositions by Valentini, Bertali, Schmelzer and Rosenmüller. It captures “a renewed energy” that followed decades of death and stagnation. Paired with a piece from an “anonymous eunuch,” the performance reflects a “cultural exchange” that blooms after significant crisis.

The group quarantined themselves to prepare for the music festival. They briefly practiced before recording the performance — friends together again after a long pandemic. Adriane often speaks of the language of music while describing her love for it. The communication turns to playful banter as they fill in the gaps left by often incomplete compositions neglected over time.

“We try to maybe surprise each other,” Adriane said. “You might play an ornament and then someone responds to you with something similar or different. Or you might suddenly play something a lot softer or differently than you had before, and signal to everyone to respond — either by joining you or by doing something different. So, surprising each other with curve balls, not as a test, more as a constructive [statement]. ‘Let’s make this fun.’ Because if it’s fun for us, it’s fun for the audience, too.”

ACRONYM Ensemble’s performance will premiere with the Boston Early Music Festival on Sunday, June 13, at 8 p.m. It will remain available until the end of the day on Sunday, July 11.