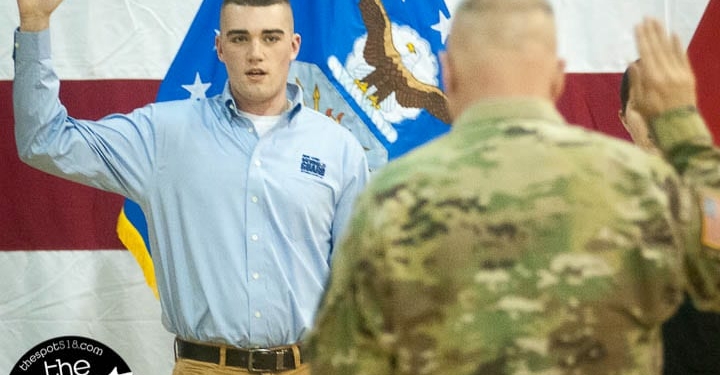 LATHAM – The storied National Guard celebrated its 380th birthday on Tuesday, Dec. 13 at the Division of Military and Naval Affairs headquarters.

The National Guard was created on Dec. 13, 1636 when the General Court of the Massachusetts Bay Colony passed a law establishing formal militia companies. The companies were comprised of males older than 16 who were expected to regularly meet and develop their military skills.

In New York, the first citizen-soldiers were members of the Burgher Guard, organized by the Dutch East Indian Company in 1640 to help protect New Amsterdam from their English neighbors in Massachusetts and Virginia or from hostile natives.

After New Amsterdam became the English colony of New York in 1665, a militia modeled on the system used in Massachusetts and other English colonies was put in place.

Citizen Soldiers of the militia and National Guard have fought in all of America’s wars from King Philips’ War against Native Americans in the New England Colonies in 1675 to the current war in Afghanistan today.

The gallery below was shot by Jim Franco. Click on an image to view a full size version of the rest.

Never too old to rock: Don Warren’s adult students jam together to learn while having fun