Balloon Gal Jenny brings color, creativity to the streets of the 518 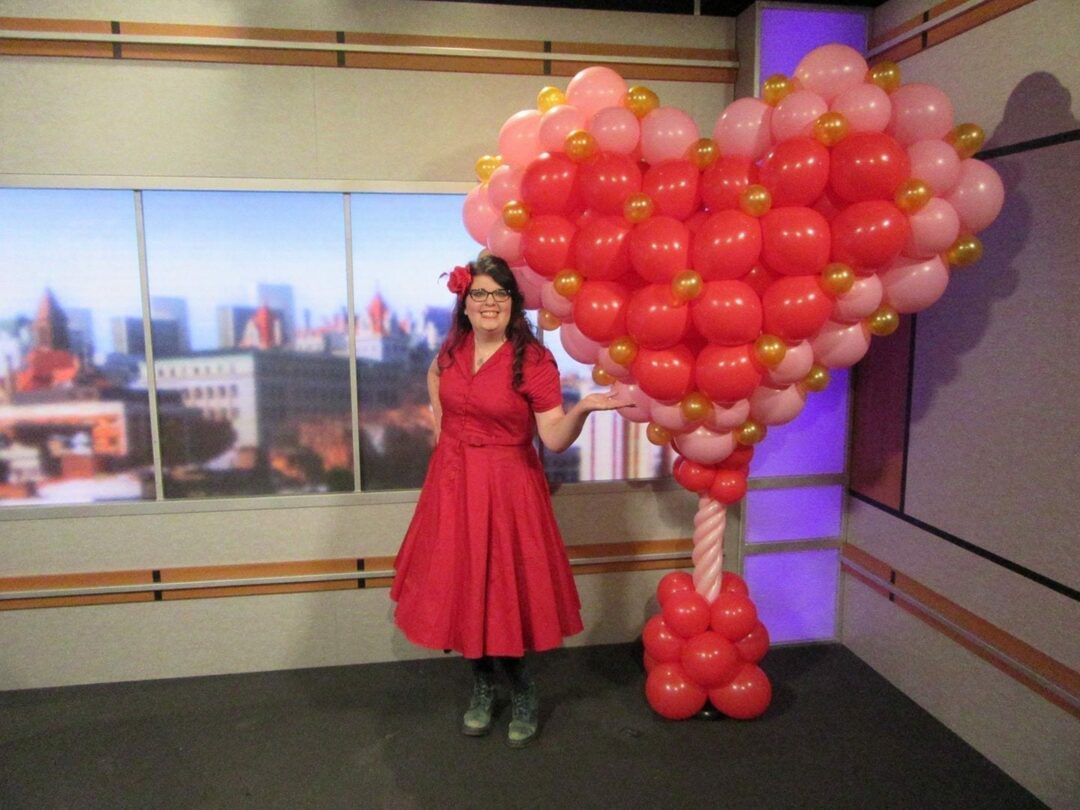 TROY — Think of the most intricate balloon animal or figure you ever saw as a child.

A dog? A hat? Maybe a heart with an arrow through it?

Let’s twist it a little bit. Have you seen a three-toned monkey? A tractor? A unicorn?

Balloon Gal Jenny is the queen of balloons that are not so bland. The balloon twister is revered for her advanced designs, often taking on challenges from kids and adults alike to see what she can come up with.

Jenny is an artist, first and foremost. A California native and University at Albany, SUNY graduate who majored in sculpting, she’s dabbled in several mediums across the sphere. The distinction between 2D and 3D threw her for a loop in college and she decided sculpture, in its ability to use multitudes of mediums and objects to create, made the most sense.

“When people meet me, they’re often asking me if I went to clown school,” Jenny said. “Once I explain that I’m an artist, people get it. I’ve had friends who tell me the reason my work stands out so much is because you can see the theory that seeps into each design.”

Getting laid off is how sculpture turned to rubber and latex. As Jenny was dealing with a bout of unemployment, she answered a Craigslist ad for a company that hired people to balloon twist in restaurants. The position didn’t pay beyond the tips you earned and you had to buy your own equipment, but hires were trained and it gave Jenny the opportunity to converse with people.

“The hardest thing for me was learning how to twist and talk at the same time,” she said, “because some people are unable to do it and when you’re twisting and the chatter is gone, it can be awkward for everyone involved at a table. You want to relate to the kids. Not only does it make the kids happy, but happy kids means happy parents. The parents are the ones that you need to impress because ultimately, any tip you get is coming from them.”

Now twisting for six years, Jenny has owned her business for four of them. Because she’s now made enough of a career to support herself through twisting, her time is spent honing her craft and, quite literally, watching people’s hands. She’s also working on a side project — Mermaid Jazzy — in which she dresses like a mermaid and makes appearances at libraries, birthday parties or any gathering. The connections she has from her balloon twisting trade allow her to start the new leg of her business with her tailfin up.

Jenny’s work isn’t just for the kids (or the kids at heart). She’s made displays for several Troy businesses, including Muddaddy Flats. She did an interview with Tamani Wooley from Spectrum News last year, where she showed off some of her party designs. Bachelorette parties? Done. Birthday parties? Of course. Graduations? Balloons are great there, too!

Jenny’s displays can go far beyond one or two monochromatic balloons. Colors from every conceivable spectrum of the rainbow pair with wire and adhesives to make designs taller than Yao Ming; she made a balloon wall for people to take pictures in front of at a Black Lives Matter rally last year.

“For me, it’s the conversation that really makes the experience,” Jenny said. “I love when I’m twisting and having this great conversation with kids and seeing the parents join in on the fun. My best interactions come from the families of kids whose parents don’t talk for them. The kids and I relate to one another and, in special cases, are able to find methods of communication that work, whether they have disabilities or something else that might impede on verbal speech.”

She also finds her belt — colorful, textured, rife with possibilities — is a great tool to start a conversation. While many twisters carry their materials in a train case or trolley, Jenny said she feels it takes away from the overall experience that is balloon twisting. People want to see colors. They want to have the choice in how their creation comes out, whether it be for a small figure or a large display.

Choice is in the root of the Balloon Gal Jenny mission. Having worked with individuals with intellectual and developmental disabilities before, Jenny understands the nuances of choice and how it contributes to someone’s feeling of independence and autonomy at any age or ability. That being said, because balloons are toxic if not handled properly, her station always hosts a sign clarifying she will not twist for children under 3 years old — no exceptions.

“When kids find out they get to pick the colors, their faces completely light up because in many cases, kids are forced to abide by choices that are made for them,” Jenny said. “Giving them that choice, and when the parents say they have free reign to choose and aren’t enforcing rules on them, allows them to explore their creativity and make something that is totally theirs. It’s 100 percent their own creation.”

As Jenny’s world begins to broaden and COVID-19 gathering rules loosen, she’s looking forward to the future of her business and the relationships to come.

“I just miss the whole experience that comes with these interactions,” she concluded. “I used to have so much fun when all the kids and I would huddle up and just create with balloons. While I can still create at different outdoor events, the twisting isn’t as fulfilling without the people that come with it.”