When Ferris Bueller goes shopping: the return of the Trapper Keeper 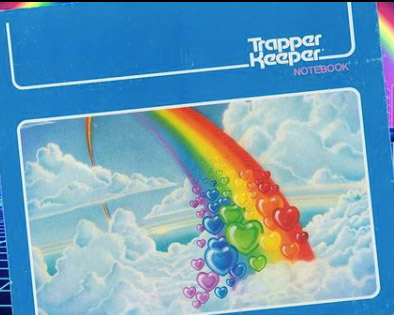 They say what’s good usually comes back around; ex-girlfriends being the lone exception.

While the Gen-X clan peruses through the Back to School ads this summer, they may find glimpses of an old friend. The Trapper Keeper is back.

Fashion trends run on a cyclical pattern. Oftentimes the younger generation catches on to something found in a dust-covered truck in the far corners of the attic, and they claim it for their new look. Last week, we ran an article proclaiming chokers and cropped cardigans are coming back from the 90s — proof-positive you can trust the 30-and-older crowd to introduce kids to what’s truly hip.

Those with an affinity towards school supplies each summer can remember the Trapper Keeper. Aside from being an ecological nightmare, the plastic portable filing cabinet was both pragmatic and stylish.

Mead introduced the Trapper Kepper to the mass market in 1981. The all-plastic, three-ringed binder featured a flap fastened by Velcro. It added additional security for the pocket folders stored inside. The accessories that followed turned it into a giant success, and by the time the paper company introduced its Designer Series in 1988, it took over store shelves.

The hyper popularity of the product waned through the 90s — it was more hip to carry school supplies in a backpack slung over one shoulder. But, Mead’s contribution to academia left an indelible on pop culture.

“Family Guy” and “Stranger Things,” two shows that heavily tug at Generation X’s heartstrings, have dropped mention of the binder in recent years. Mead relaunched the binder to a tepid response in 2014, after it had acquired uber popular “Hello, Kitty” and “Star Wars” trademarks. Today, consumers are sharing TikTok videos from inside stores as if on a wild safari, capturing images of Trapper Keepers on shelves again.

One online shopper shared his testimonial on Walmart’s website. It was a hybrid of sorts between a product review and an ode to his childhood.

“I thought it was cool because it reminded me of my old Trapper Keeper. When it came in I was surprised to find it is not just inspired by the old Trapper Keeper; but that it was a dang clone of the original,” wrote the parent. “It’s as if Mead found a warehouse full of old Trapper Keepers and shipped them out.”

There are a few changes that distinguish the old from the new, but not much. Parents will notice the three-ring clasp is metal instead of the plastic that, over time, would break. So, too, is there a metal clamp to hold a notebook where once a plastic one was attached. Otherwise, the same Trapper folders are available with various colors and patterns. The binder is priced at $13 on Mead.com.

“The pattern is a little different from my original but still a great 80s look,” wrote the online dad. “[It] brought back lots of great memories and according to my son it’s still very cool. The only downside? Now I have to order one for his brother.”