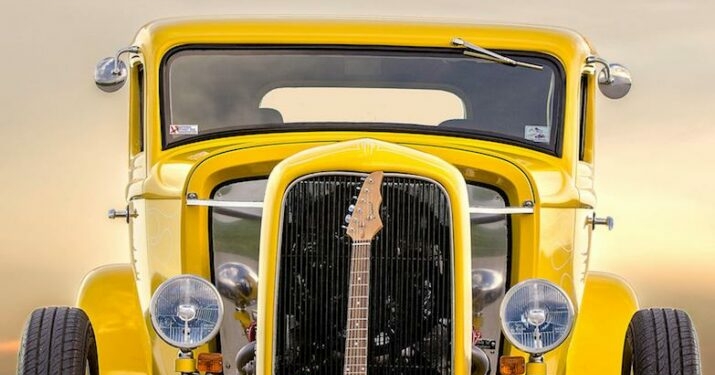 ALBANY — Dad Fest, the Capital City’s celebration of all the fantastic fathers and father figures out there, goes down this Sunday, June 19 at the Washington Park Parade Grounds, from 10 a.m. to 4 p.m.

Dad Fest is a chance for the whole family to kick back and enjoy an early summer afternoon at one of the Capital District’s most picturesque parks, surrounded by classic cars, good folks, good tunes and good times.

Off the line, the festival starts with an exhibition of class cars presented in partnership by Albany Parking Authority and Capital Car Shows. Hundreds of show cars will circle the inner roads of Washington Park for fans to walk through and admire.

The show is free for admirers, but registration fees for car owners to enter the show go towards a good cause. Henry Johnson Vet House of Albany receives 20 percent of the proceeds.

Erin Harkes, Sydney Worthley, and The Wheel — three well-known names in the local music scene will be featured at this year’s festival.

Harkes is a triple threat behind the mic, renowned as a singer, songwriter and comedian. Erin began writing her own songs at age 19 and has released four albums of original material since then.

Her spontaneity and willingness to perform won her a spot on “Battle of the Instant Bands” on the Jimmy Fallon show in 2010. With only 20 minutes to prepare an impromptu band of complete strangers, she won over the host and the studio audience by naming the band “Fallon Angels” while singing “Free Jimmy.”

Her first CD was aptly titled “Bar Napkins and Magic Markers” due to the crude way the lyrics were jotted down during her college years. The power of her voice and the emotion that comes through her lyrics make you want to sit and listen to every word.

Sydney Worthley takes the stage at 12:30 p.m. The two-time Eddie’s Music Award-nominee has been featured in several regional music festivals and earned a spot in NPR’s Heavy Rotation list since breaking out on the scene in 2017 as a high school student.

Her 2020 EP “Rose Colored Glasses” earned her two nominations at the Eddie’s Music Awards after settling with a pop-folk sound. A strong lyricist, she writes from personal brooding memory, striving to connect with her audience through a healing process.

The full-time musician is scheduled to appear in several more shows this summer, including Hope Rocks Rumble, Alive at Five and Nipperfest.

The Wheel brings the Grateful Dead experience back as the festival’s headlining act. Dance around and enjoy the ride as this band takes the stage at 2:30 p.m.

The seven-piece band is comprised of professional musicians and a few doctors of their trade.

Andy Morse dropped the time card and picked up his guitar more than 25 years ago, sneaking Grateful Dead songs into his family concert shows across the country. Bryan Gautie joined the band as lead guitar in 2015. According to the band’s website, he tripped onto the Dead only after studying bluegrass, like Jerry Garcia.

Bassist Dave Pallas and percussionist Pete Andriakos are two doctors who play musicians while on stage. Pallas and Morse have been lifelong friends and have played together since 1985. Andriakos is the newest member of the band and supports the band’s strong rhythm section.

Joe Sorbero carries on a family legacy of drummers. While not playing with The Wheel, he’s behind the kit of another local favorite, the NolaNauts. Keyboardist Rick Rothermel has also played for the NolaNauts. His trivial knowledge of the Grateful Dead, however, is supposed to be second to none. They are all joined by Jill Gautie at vocals.

In the event of inclement weather, Dad Fest will be held the following Sunday, June 26, from 10 a.m. to 4 p.m. For more information on Dad Fest and all of the City of Albany’s free, family-friendly events, visit www.albanyevents.org.