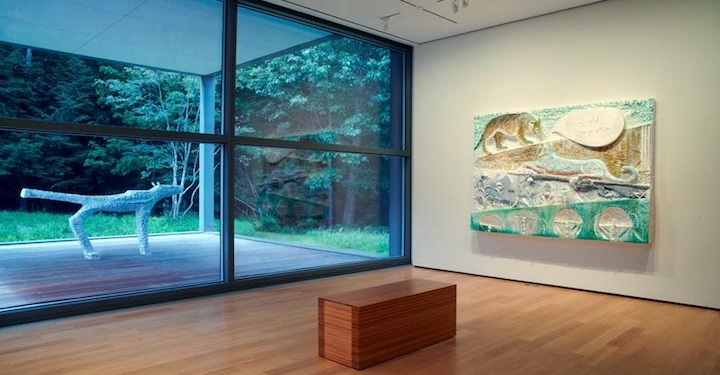 WILLIAMSTOWN, Massachusetts — The Clark Art Institute announces its summer 2022 exhibition schedule, featuring a robust program of exhibitions including a major survey of Auguste Rodin’s sculpture, presenting important works included in museum collections across the United States in one of the most comprehensive looks at the artist’s early reception in America and the influential arts leaders who championed his work.

“Each year, we try to present a range of exhibitions that offer new scholarship, spark new ideas, and introduce new concepts or artists to our audiences. But with every show, we also hope to inspire a moment of delight——pleasure in seeing something beautiful, learning something new, or seeing something different. We think that this year will be a summer full of delights at the Clark,” said Olivier Meslay, Hardymon Director of the Clark Art Institute. “We will look at one of the world’s great sculptors, Auguste Rodin, but we will be looking at his work through a very specific lens that tells a fascinating story of his early reception in the United States. We are particularly eager to introduce the distinctive prints of the Mexican modernist José Guadalupe Posada and believe they will offer new perspectives on an important period in Mexican history. And we are truly pleased to present an intriguing show that unites the works of two artists, Tauba Auerbach and Yuji Agematsu, under the canopy of a single concept, the meander.”

The Clark’s summer exhibitions open on a staggered schedule, beginning in June. The program includes:

Rodin in the United States: Confronting the Modern

The Clark Art Institute, located in the Berkshires of western Massachusetts, is one of a small number of institutions globally that is both an art museum and a center for research, critical discussion, and higher education in the visual arts.

Opened in 1955, the Clark houses exceptional European and American paintings and sculpture, extensive collections of master prints and drawings, English silver, and early photography. Acting as convener through its Research and Academic Program, the Clark gathers an international community of scholars to participate in a lively program of conferences, colloquia, and workshops on topics of vital importance to the visual arts.

The Clark library, consisting of more than 285,000 volumes, is one of the nation’s premier art history libraries. The Clark also houses and co-sponsors the Williams College Graduate Program in the History of Art.