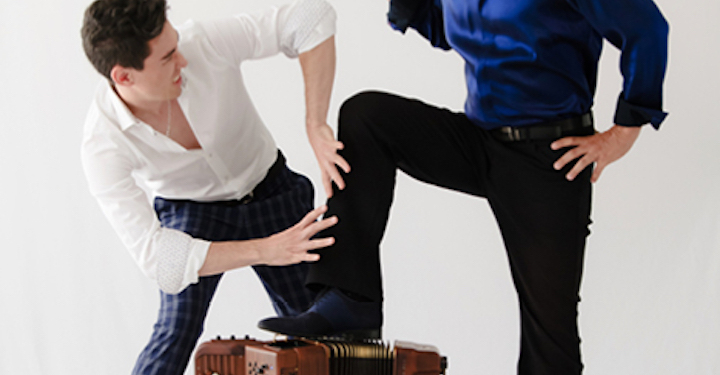 BOLTON LANDING – The Sembrich has announced its 2022 Summer Festival Reimagining the Classics. The festival will explore reinvention – from transcriptions and arrangements of beloved classics, to rhapsodies and variations on themes of popular composers. Some events will return to the intimacy of the historic Sembrich Studio and others will be held under a lakeside performance tent. Events will begin in June and run through early September. Tickets are now on sale for all events in the 2022 summer festival.

“We’re delighted to present another summer of music here on Lake George,” says Artistic Director Richard Wargo. “Reimagining the Classics will explore all manner of reinvention and present a variety of refreshing new takes on classical favorites. Since the onset of the COVID-19 pandemic, we have had to reimagine many aspects of life, including the way we present and experience music. This summer’s festival will incorporate the best of those bold reinventions, including the introduction of our new outdoor Promenade Series.”

Highlights of The Sembrich 2022 Summer Festival include:

The Sembrich Film Series – This year’s films focus on reinvention in several forms and include film adaptations of the popular musicals Dear Evan Hansen (2021), West Side Story (2021), and In the Heights (2021). Also featured is the classic Dracula (1931) with a new score by Philip Glass and a special screening of Sunrise, A Song of Two Humans (1927) with a live musical score performed by the progressive Brooklyn-based duo Tenth Intervention.

Strings of The Philadelphia Orchestra – Hear the Philadelphia sound performed by Sembrich board member and violinist Philip Kates with four colleagues in a concert of reimagined musical gems highlighted by a transcription of Beethoven’s Piano Sonata Op. 101 for string quintet.

Adirondack Shakespeare Company: Merry Wars – A unique theatrical experience performed progressively in various locations on The Sembrich’s grounds. Follow a broad range of the Bard’s characters through a series of skirmishes with scenes from Much Ado About Nothing, Twelfth Night, Taming of the Shrew, and King Lear!

Masterwork Series – This year’s Masterwork Series performances return to the intimacy of The Sembrich Studio for evening performances of monumental classical works. Join us in the newly renovated studio for a 4th of July celebration with pianist Simon Mulligan, a must-see performance by the innovative Bridge & Wolak Duo, and an evening of reimagined masterworks by pianist Christopher Johnson!

GALA: A Kind of September – An Evening with Kate Baldwin – For one night only, The Sembrich takes on the aura of an outdoor New York City supper club, a lakeside Feinstein’s 54 Below, with an exclusive performance by one of Broadway’s current-day stars, Kate Baldwin. Hailed by the NY Times as “the redheaded firecracker” and acclaimed for her roles in Hello Dolly!, Finian’s Rainbow, and Big Fish, Baldwin performs signature songs from her Broadway career, and shares personal anecdotes about how each song became part of her life.

Reimagining the Classics is supported in part by the Touba Family Foundation, the Lower Adirondack Council for the Arts (LARAC), and the Town of Bolton.

Experience music, history, and nature at The Sembrich in Bolton Landing. This unique cultural experience features an annual Summer Festival with an exciting mix of world-class musicians, noted musical scholars, a free film series, and the opportunity to enjoy it all on the beautiful shores of Lake George. Listed on the National Historic Register, The Sembrich was once the teaching studio of Polish-American soprano Marcella Sembrich, one of the most famous musicians at the turn of the 20th century. Museum visitors explore her legacy, which includes over 400 performances at the Metropolitan Opera and faculty positions at both the Juilliard Graduate School and the Curtis Institute of Music.