Summer in Saratoga with music returning to SPAC 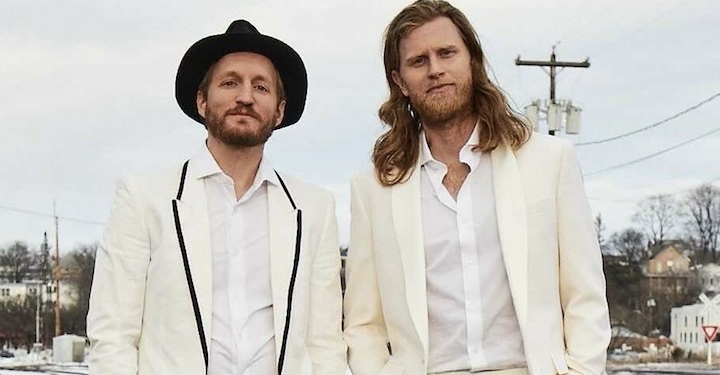 SARATOGA SPRINGS — While the Capital District continues to dig itself out from a freak ice storm a week before, it’s worth turning an eye towards the warmer months on the calendar to see who is scheduled to play Saratoga Performing Arts Center this summer.

Live Nation recently released its lineup of acts committed to taking the stage, starting with The Lumineers on Sunday, May 29. Dates include Saratoga’s usual suspects, including a weekend with Dave Matthews Band on Friday and Saturday, July 8 and 9. Other anticipated shows include the Zac Brown Band on Thursday, June 2, and the return of the Backstreet Boys on Saturday, July 23.

The Lumineers is currently jet-setting across Europe in support of the band’s fourth studio album, “Brightside.” Founding members Wesley Schultz and Jeremiah Fraites return to the states in May to open SPAC’s summer schedule on Sunday, May 29.

The folk rock band once struck the ire of shock rock icon Alice Cooper. The “School’s Out” artist said it was “an offense” to call it a rock band. That didn’t deter fans. The Lumineers’ second album, “Cleopatra,” debuted at No. 1 on the Billboard 200 less than a year later.

The now-duo is credited in part for revitalizing popularity for the folk rock genre, which includes the likes of Mumford & Sons. Cellist and vocalist Neyla Pekarek, who joined the band in 2010, left the band in 2018 to pursue a solo career.

It remains to be seen whether or not cell phones will be allowed at the band’s SPAC performance. Schultz and Fraites have banned phones from their shows during this tour, forcing attendees to store the phones in ziplock containers during the performance.

Saratoga will be just Robert Plant and Alison Krauss’ second stop on their anticipated tour. The performance on Friday, June 3 is one of less than a dozen appearances statewide, including a show at Bonnaroo, before the two jaunt off to Europe.

“Raising Sand,” the first collab effort between the two artists, earned five Grammy Awards in 2008. The surprising team-up showcased the godfather of hard rock and the queen of bluegrass. The effort went on to win recognition in Album of the Year, Record of the Year, Best Pop Collaboration with Vocals, Best Country Collaboration with Vocals, and Contemporary Folk/Americana Album categories.

“Raise the Roof” was released last November and debuted No. 1 on Billboard’s Independent Albums chart in December.

The Doobie Brothers is taking it to the streets this summer with its 50th Anniversary Tour, which stops at SPAC on Thursday, June 16.

The Doobie Brothers was inducted into the Vocal Group Hall of Fame in 2004, having earned four Grammy Awards and sold more than 48 million records worldwide — including three multi-platinum, seven platinum, and 14 gold albums.

Two weeks ago, Steely Dan announced Snarky Puppy and Aimee Mann would each join as special guests on its 2022 Earth After Hours Tour, the latter of whom will appear at SPAC when the band stops here on Tuesday, June 21.

Steve Winwood was previously linked to the tour, but he is no longer able to appear due to unforeseen circumstances.

The Goo Goo Dolls will play SPAC with Blue October on Friday, Aug. 19 as part of its Summer Tour 2022. Promotional material for the tour pokes humorously at having to reschedule tour plans initially planned for 2020. A post includes the years 2020 and 2021 crossed off at the top.

The boys out of Buffalo have remained busy in recent months. They dropped “Rarities” last June followed by the release of “Greatest Hits Volume 1: The Singles” earlier this month.

Rzeznik hinted at yet another album release for later this year. The yet-to-be-released album is said to be more experimental than what the band has released in the past. In a YouTube interview, the singer-songwriter said the band used production equipment pre-dating the industry’s use of digital recording.