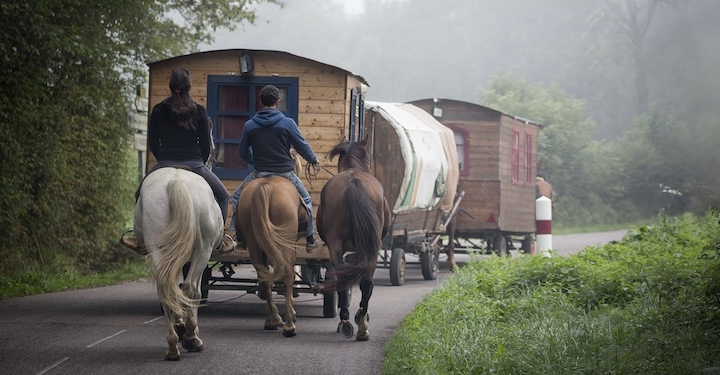 SARATOGA SPRINGS — Technically Opera Saratoga is not reduced to a traveling caravan of vagabond players this summer, but the romantic imagery conjured by the recent news of its upcoming summer festival is too delicious of a daydream.

The Capital District’s opera company will take to the road this summer as its traditional playhouse, The Spa Little Theatre, tackles renovations to repair its leaky waterworks. Another of its tenants announced it had up and moved its home last September, if only temporarily, citing how it has battled against water damaging costumes and stage props. Last month the state advertised for the job and just closed out the bid process to begin resolving the issue.

Opera Saratoga’s 2022 Summer Festival will play across the region in a list of storied venues that includes Proctors in Schenectady, The Egg in Albany, The Saratoga Performing Arts Center in Saratoga Springs, The Round Lake Auditorium in Round Lake Village, The Barn at French Mountain in Lake George Village and The Mansion Inn in Rock City Falls.

Artistic and General Director Lawrence Edleson described that plan as its “most ambitious” endeavor to launch its annual Summer Festival. He explained that their decision to expand its geographic footprint wasn’t just catalyzed by renovations at The Spa Little Theater, it was also inspired by their increased activity across the region throughout the year.

“We began asking, with so many remarkable theaters in our region, might we be able to better serve our mission by reconceiving our Summer Festival in a way that doesn’t limit us to a single venue?” Edelson said.

He added that while they remain committed to producing in Saratoga Springs, their goal is to provide access to our Summer Festival programming in the same way we are able to do with our year-round programs.

At the heart of the 2022 Summer Festival will be performances of Rossini’s bel canto comedy “The Barber of Seville” on Proctors Main Stage, as well as his exquisite “Petite Messe Solennelle” at The Round Lake Auditorium; the deeply moving “Sky on Swings” by Lembit Beecher and Hannah Moscovitch at The Egg, which explores the journey of two women living with Alzheimer’s disease; and Stephen Sondheim’s Broadway masterpiece “Sweeney Todd” on the Amphitheater Stage of the Saratoga Performing Arts Center.

Additional events will include “A Broadway Cabaret at The Mansion Inn; A Juneteenth Celebration” at Proctors’ GE Theater; and a series of masterclasses featuring members of Opera Saratoga’s Young Artist Program, to be announced. In addition, the 2022 Opera Gala will take place on Sunday, June 5, at The Barn at French Mountain in Lake George Village.

Edelson described the initial planning process as somewhat of a fantasy lineup; considering the strengths of each venue and matching it with a production that caters to it. For example, “Petite Messe Solennelle” at The Round Lake Auditorium, will take advantage of its historic 1,900–pipe Ferris Tracker organ. “Sky on Swings,” which Edelson said Opera Saratoga was preparing to produce last year before the pandemic, will now benefit from The Egg’s acoustic environment.

“It’s an extraordinary piece,” he said, adding that Opera Saratoga is only the second production company in the world to bring it to stage. “They’ve created in music the sound of memory — and the sound of memory loss and confusion. … What music can do, beyond spoken word, it puts you right in the middle of it.”

“We are incredibly excited by the opportunities of this expanded festival model, and grateful for the opportunity to partner with so many like-minded organizations across the region to make it possible,” Edelson said.

Additional details about ticketing and safety policies may be found at www.operasaratoga.org.