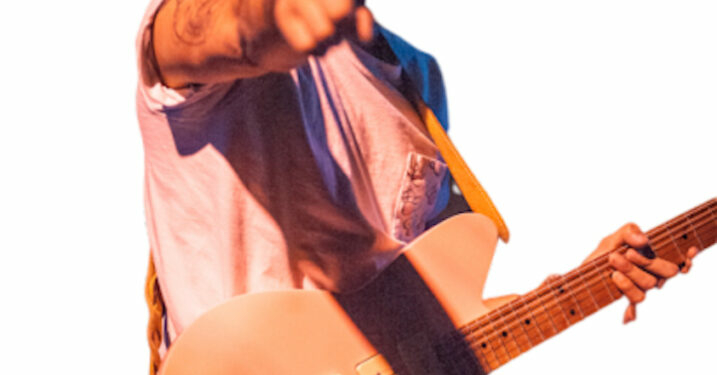 DELMAR-The year started out with promise after politicians in Washington D.C. passed the $15 billion Shuttered Venue Operators Grant program. The bill that targeted a beleaguered economy suffering from virus-related shutdowns was passed just days before the coming new year, but it was still up in the air as to who would qualify for assistance, and by how much.

Ultimately, more than $16 billion in grant money was awarded to shuttered venues, nonprofits and small businesses. Applicants qualified for grants equal to 45 percent of their gross earned revenue, with a maximum $10 million amount available for a single grant.

Venues and businesses across the Capital District wouldn’t learn until July what they would receive. Once they did, approximately $42.1 million was earmarked to 58 local organizations. Mills Entertainment, a Saratoga Springs-based entertainment agency responsible for bringing productions to such places as the Albany Palace Theatre, topped the list with an estimated $10 million.

Nonetheless, stages remained closed with the coming of the new year. As artists embraced streaming performances over social media, the Albany Symphony Orchestra pivoted with a “reimagined” 2020-21 season. Its players waived broadcasting clauses from their contracts to allow the symphony to go virtual. The television-quality broadcast provided intimate views starting with its January 9 show, enhancing the experience from Universal Preservation Hall. In March, the symphony would earn another Grammy Award for Best Classical Instrumental Solo. Albany Symphony musicians, David Alan Miller, and Richard O’Neill earned the award off the strength of its recording of Christopher Theofanidis’ Concerto for Viola and Chamber Orchestra.

As infection rates trended down, accompanied by an aggressive vaccination program, then-Gov. Andrew Cuomo slowly lifted shutdown restrictions across the state. By March, barroom stages were first permitted to host shows at half capacity. By July, larger stages were allowed to raise the theatre curtain to live audiences. Nippertown captured an emotional moment as a nearly full amphitheater at Saratoga Performing Arts Center joined Chicago in singing its 1982 No. 1 hit “Hard to Say I’m Sorry.” Shivers roll down the spine as the Instagram video catches them singing, “After all that we’ve been through, I will make it up to you, I promise to. And after all that’s been said and done, You’re just the part of me I can’t let go.”  Go see https://bit.ly/SPACvibe.

As rooms reopened to the public, anticipated renovation plans were finally unveiled. Some of the most notable of these projects included the Capital Repertory Theatre, Lark Hall and Empire Live.

Proctors Collaborative hosted a March press conference to announce the opening of its new $14.5 million Capital Repertory Theatre. The 28,000 square-foot theatre in the city’s burgeoning warehouse district featured a wide stage and a 302-seat auditorium with unobstructed sightlines. The former biscuit factory also included an additional 70-person performing arts studio. It was the second of two large-scale renovation projects for Proctors. Universal Preservation Hall opened in Saratoga Springs just a few months prior to the brunt of the pandemic.

Justin and Jennifer Miller’s plans to usher live music fans back to Lark Street were stunted in 2020 as they waited to open Lark Hall. Local fans were sonically introduced to the former fraternity hall as bands such as Hartley’s Encore played music through the venue’s expansive windows. Victory Soul Orchestra finally opened the 3,000-square foot room to the public in April. The grand room with 22-foot tall ceilings, bar and mezzanine already places it among the top places to take in a show.

The worst kept secret in Albany involved Upstate Concert Hall’s rumored move from Saratoga County to Albany’s North Pearl Street. As the Cap Rep packed and moved to the city’s Warehouse District, Stan Levinstone and Ted Etoll pounced on the opportunity. The playhouse moved after its final production last March and by the following September, people were reading about what to expect out of a venue rebranded as Empire Live. A soft opening of the 1,300-person room preceded the return of Pearlpalooza in September. Empire Underground, a 300-person capacity room in the basement of the former grocery store, was introduced later in the year.

Empire Live’s August opening was a pop-up show featuring an intimate invite-only show for Jocelyn and Chris Arndt supporters. The sibling rockers developed tremendous momentum in 2019, promising a breakout year for 2020. Not all was lost, however. The June release of “Sugar and Spice” produced their fourth consecutive Top 40 single on the Billboard AAA chart. Back home, they wowed the local establishment with a resounding performance at the 2020 Capital Region Thomas Edison Awards ceremony, at which they took home trophies for Solo or Duo Artist of the Year, Music Video of the Year and Album of the Year.

The music industry recruited yet another one of our own when Black Country Rock Media signed Bad Mothers in April. The hard-rocking quartet had been popular with local fans and drew attention from WEQX who nearly selected the band to open Pearlpalooza a few years ago. The signing was followed by a December release of their debut album. Worthy of note, it was the second time Shooter Jennings signed a local band to his label. Katy Cole of Last Daze was living in Troy when the Adirondacks-native signed with the Los Angeles outfit in 2014.

Finally, Moriah Formica had herself a year in 2021. Plush, her new band after signing with Surface Management and Pavement Entertainment, was unveiled in January followed by the release of its debut album in February.  The all-women band has captured all sorts of interest throughout the industry. “Hate,” the first release, broke onto Billboard’s Mainstream Rock Top 40 chart in April and peaked at No. 24.