Taking over Troy with music 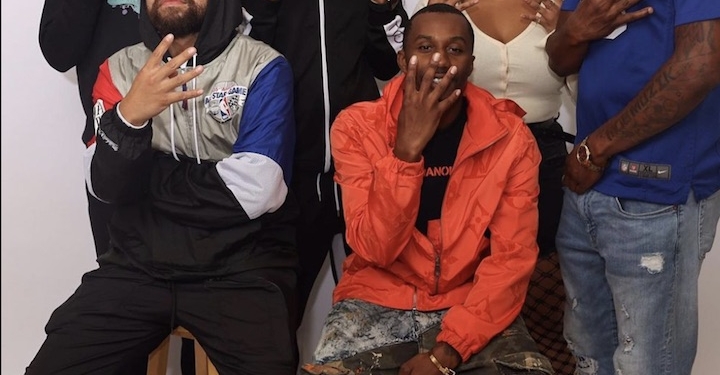 TROY — More Than Music LLC announced the next independent artist showcase in their More Music Less Violence series will be at the Lucas Confectionary on Sunday, Nov. 7, from 4 to 8 p.m.

Bringing the positive and uplifting sound to the stage this time around are local artists including; Raina Simone, Ohzhe (A SNUG Community outreach representative), JB Dirty Moses, Hannah Amigo, Ali Sifflet, Jordan Taylor Hill, Carlito, LIF and poet Nergy round out the list. Also being featured this time will be The Art Center of the Capital Region’s own artist in residence Meg Gala who has been interacting with the Troy community via the Fish Market Project.

Intermittently throughout the evening various representatives will be presenting on the issue of violence in the Capital District. Guests can expect to hear from Steven Figueroa who works for the Boys and Girls Club of the Capital Region and is currently running for Troy City Council in District 2. Joining him to speak on anti-violence initiatives will be Jerry Ford from TEAM Hero along with representatives from SNUG.

More Music Less Violence, Troy edition, comes on the heels of the very first showcase held back in September. The Ground Up Cafe hosted the event and organizers were happy to announce a packed house as attendees were treated to performances from artists that ranged in age from 8 to in their 30s. Tickets will still be only $5 and sold at the door.

“Due to the COVID pandemic there were no events going down, so I made an event. Music is a common factor that always brings people together and growing up in Brooklyn you saw violence every day. I don’t want to see it where I am living now.” – Mario Johnson, CEO of More Than Music LLC said when asked what his inspiration behind the event was.

Originally from Brooklyn, DJ HollyW8D energizes crowds throughout the Upstate New York Capital Region. He has always gravitated to music throughout his life and hopes to bring versatility in his music mixing wherever he goes. Drawing inspiration from many including his mother, Sean P. Diddy Combs and DJ Puffy, HollyW8D aims to inspire others with his daily grind and optimistic energy. He has been featured in The Alt Weekly and has played music at venues such as Rivers Casino, Troy Kitchen, and Jupiter Hall. DJ HollyW8D is an influencer who curates showcases for independent artists and hosts a radio segment on WCDB 90.9 FM to highlight the arts, especially music. He believes music brings energy, joy, nostalgia, and good vibes. HollyW8D quickly learned that with being a DJ It’s more than music; it is a platform to move not only bodies but also the human spirit, to change the mood of an entire room, to share light with other artists and space with people who share a passion for music. For DJ HollyW8D It’s more than music. It’s about leaving an impression.