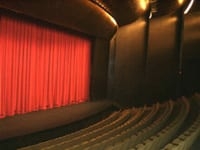 Both plays — Josephine by Yetunde Babalola and There Was a Dent Here, it’s Gone Now by Claire Dell-Priscoli — are part of an eight-week development process in which the playwrights, director, design team and ensemble of actors work together in a laboratory environment toward a fuller imagining of the plays from page to stage. Putting an emphasis on experimentation, creative risk and interdisciplinary collaboration is director Sara Katzoff, a Theatre Program guest artist and curator.

“One of the reasons I am drawn to developing new work is that it is a living organism and a continual process of learning and discovery for everyone involved”, said Katzoff. “The audience is an essential part of that dialogue. They step into the process with us, get to glimpse at the very beginning stages of something truly new and be part of the first steps these plays are taking off the page.

Donnie Frazier and Ajsia Cabrera enact a scene in Josephine

Blending mythology, fantasy and comedy, Josephine tells the story of teenager Josephine Bello, who is approached by a mysterious figure on the subway, triggering a chain of events that reveal her true identity as a demigod endowed with superhero-like powers. There Was a Dent Here, it’s Gone Now tells the story of an archetypical nuclear family, living in American suburbia in the 1950s, that appear perfect but are concealing disturbing psychological forces that reveal the dark side of an over-romanticized era.

“Although Yetunde and Claire each have a unique voice and have created their own distinct world and characters, both of their stories grapple with common themes of identity and coming of age at the intersection of societal and family expectations,” said Katzoff, who added that both plays are “extremely imaginative and theatrical” and are works “poised to take a giant leap off the page and into the next phase of a development process.”

She praised the creative and imaginative elements of the works, which include dream ballets, characters with magical abilities and stories that utilize flashbacks and other types of nonlinear relationships with time. “Because of that,” she said, “our process has focused a lot on physical movement and physical storytelling and experimenting with those vocabularies and exploring what is possible through a shared theatrical language.”

The power of new works

Katzoff acknowledged that “these plays aren’t by any means polished or ‘finished,’ but that is not the intention. New work is messy and imperfect and that is what is most raw and beautiful about it. The exciting thing about doing new work in this moment is that it allows us all to reimagine what a live performance is and what is possible within this shifting container during COVID.”

The rehearsal process involved experiments, hypotheses tested and a sharing of data, producing new discoveries every day, she said. Along with changes in movement, staging and physicality, significant variations occurred with text as well. Katzoff expects such changes to occur through the run, and noted that the Arena Theatre facilitates this performance process. “Performing in the round creates such a strong connection between performers and audiences in a way that is so different from other spaces because it removes all distance, fourth walls and barriers,” she said.

“We are all constantly learning! This process is really focused on giving space to let new ideas incubate, shift and evolve.”

A season of engaging the imagination

New Play Arena opens the Theatre Program’s season and will be followed by two classic plays, Strindberg’s A Dream Play, Nov. 11-20, and Shakespeare’s Twelfth Night in early April, and then in late April by Fresh Acts, an annual festival of play readings featuring works by student playwrights and directed and performed entirely by students.

Kate Walat, associate professor and playwright-in-residence, sees a strong thematic connection in the full 2021-22 season. “With their plays, Claire and Yetunde have created unique worlds that this production will bring to life onstage,” she said. “Strindberg also does that with his modernist masterpiece A Dream Play, in a new adaptation by the boundary-pushing contemporary British playwright Caryl Churchill.

“All these writers engage our imaginations and ask bigger questions about reality, identity, and personal journeys — questions being asked all over campus, especially in our current world. ” 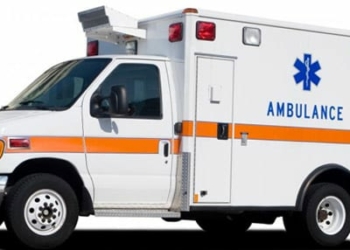