by Spotlight Newsroom
in The Spot
Reading Time: 3 mins read 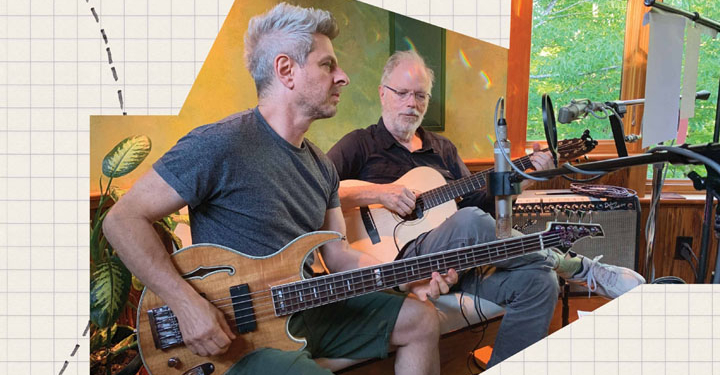 The unlikely partnership between acoustic guitar pioneer Leo Kottke and Phish bassist Mike Gordon continues with the long-awaited “Noon,” their first new album in 15 years, which they are touring in support of.

Couching late-night melancholy in a summer lilt, “Noon” features 11 tracks of warmly askew folk-pop, intricate playing, and the intimate third voice created by Kottke and Gordon, two of the most accomplished and idiosyncratic instrumentalists in American music. As creative as it is dextrous, under other circumstances, Noon might be hailed as a breakthrough third album from a young band.

The return of an American guitar legend, “Noon” marks Leo Kottke’s first studio record since his last collaboration with Gordon, 2005’s 66 Steps, though he’s continued to tour constantly. Beginning his career on John Fahey’s Takoma label in 1969, Kottke virtually invented his own school of playing with his distinct, propulsive flatpicking.

As a co-founder of Phish in 1983, launching a solo career in the early ‘00s, Gordon’s own big-eared musical vocabulary has created both a boundary-pushing discography of studio and live releases, and helped shape a generation (or two) of improvisers. The pairing of Kottke with Gordon began some two decades ago, when Gordon -— a longtime fan -— audaciously overdubbed a bass part over Kottke’s 1969 solo track “The Driving of the Year Nail” and hand-delivered it to the veteran Minnesota guitarist. The result was 2002’s acclaimed Clone.

“Noon” also finds the duo joined by Phish drummer Jon Fishman on five tracks, including a bopping low-key cover of Prince’s “Alphabet Street.” For Kottke, bringing Fishman into the fold has been a long time coming, having first struck up a friendship with the Phish drummer prior to his collaboration with Gordon when the drummer approached him after a gig and struck up a conversation.

Though “Noon” largely captures the sound of an acoustic guitar playing with an electric bass, and there are a lot of live-in-studio performances, it is also far more than the sound of Leo Kottke and Mike Gordon playing in a room together. Recorded in New Orleans and Vermont, with music exchanged by file, tape-sealed boombox, sheet music, and face-to-face, “Noon” is the musically visible part of a conversation between Kottke and Gordon, his junior by 20 years. A panoramic collection of small, strange moments to parallel the serendipitous turns of its extended five-year creation, “Noon” is a collaboration as singular as its musicians.

The Troy Savings Bank Music Hall Corp. requires proof of vaccination for entry to all events at the Music Hall or any ancillary location. Those individuals unable to be fully vaccinated, including children under 12, must have proof of a negative Covid PCR test (taken within 48 hours of performance). TMH staff will check for proof of vaccination and negative Covid PCR tests at the doors as a condition of entry.

Additionally, masking is required inside the venue for the duration of your visit. Patrons and employees will be required to wear masks, except while actively eating or drinking. Please note that all Troy Savings Bank Music Hall staff and volunteers are fully vaccinated.

The historic Troy Savings Bank Music Hall is world-renowned for its acoustical properties. The Hall hosts over 100 live performances a year and presents an eclectic season including the best in jazz, world, classical, and contemporary music, and has been in continuous use since opening in 1875. 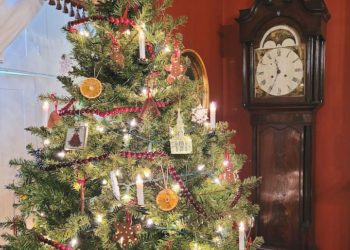 Party along with the Ten Broecks again

Party along with the Ten Broecks again