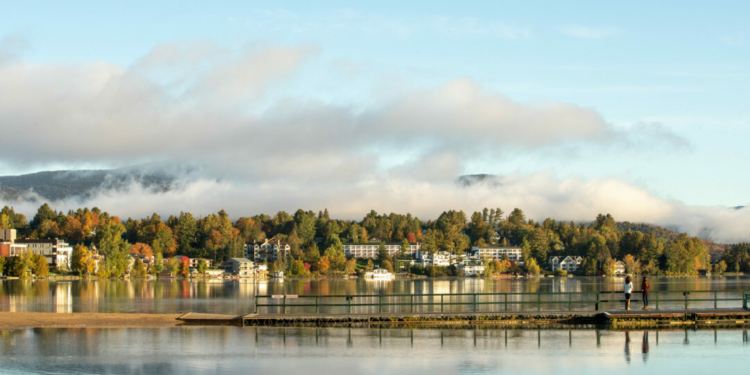 LAKE PLACID — Adirondack Film will celebrate its 20th anniversary this year with the Lake Placid Film Festival as it returns to the fabled Olympic Village in Lake Placid, from Thursday to Sunday, Oct. 21 to 24.

Events and films will fill the weekend as filmmakers and film lovers join together for the first time since 2019.

Films will include cutting-edge features alongside 40 finalists from the “Your Shorts Are Showing” short film competition. Winners of the 2020 Virtual Shorts Competition, who were unable to be screened live last year, will also be shown along with a wide variety of other events.

The weekend begins on Thursday, Oct. 21 with screenings of the short film finalists at the Lake Placid Center of the Arts followed by the 20th Anniversary Celebration at the High Peaks Resort with music by the Mike Saulpaugh Jazz Trio. The annual Festival Sneak Peaks Trailer Party, featuring trailers from the full-feature line up, will be shown as well as a screening of Lake Placid filmmaker, Lucky Cerruti’s film FREAK, with local cast and crew, complete with an appearance by, and photo ops with, FREAK’s locally famed “Artie.”

Friday night will feature the Gala Tribute dinner celebrating award-nominated producer and director, Raoul Peck to the stage for “A Conversation with Raoul Peck”, hosted by Jeffrey Brown, the Arts and Entertainment Correspondent for the PBS Newshour. Peck is well-known and praised for his works, I am Not Your Negro (Netflix) and the newly released Exterminate all the Brutes (HBO).

• Where:  Various locations throughout the Olympic Village.

Seminars for professionals and aspiring filmmakers alike will happen all weekend long covering topics spanning financing with Tom Malloy to Re-Thinking Film Distribution in the Post Pandemic Landscape and Film Law Basics with Steven Beer. Fest-goers can also attend a Women in Comedy panel discussion and a seminar on Maximizing Your Film Festival, which LPFF Director Gary Smith said, “will give participants an understanding of how best to use a film festival experience.”

Saturday and Sunday will bring more screenings of shorts films, a continuation of the feature-length films, the opening of the filmmaker’s and VIP lounge and more seminars and panel discussions. The top ten “Your Shorts Are Showing” countdown will take place on Sunday.

For a full schedule and information on festival passes, visit AdirondackFilm.org.

For 20 years, The Lake Placid Film Festival has served as a hub for filmmakers and film lovers in Upstate New York and beyond. Located in the heart of the Adirondack Park, the scenery is stunning and the artistry found and featured at the festival has been extraordinary. Throughout the years, the festival has hosted Academy Award-winning directors including Guillermo Del Toro, John Sayles, Milos Forman, Norman Jewison and Martin Scorsese. Actors including Jon Favreau, Steve Buscemi, Willem Dafoe and many more have also made their way to the festival, solidifying LPFF’s place in the world of film.