SPOTTED: Alive at Five featuring The Sea The Sea and Amy Helm 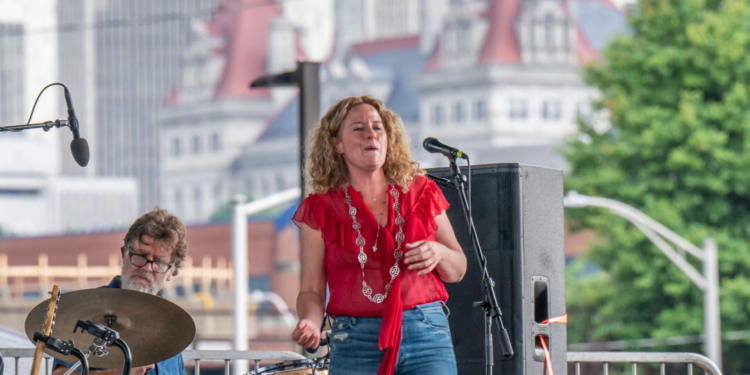 ALBANY — For the third time this year, rain forced the Alive at Five concert under the bridge. But, it didn’t dampen Folk Pop Night featuring Amy Helm and The Sea The Sea.

Helm, with powerful vocals leading the way, had a five-piece band behind her adding a kick to her folk-based melodies.

She recently returned to a place she built with her father, the Levon Helm Studios — named after the legendary drummer of The Band — in Woodstock to record her third album, What the Flood Leaves Behind, which was released last month.

The Sea The Sea is an upstate-born favorite featuring Chuck and Mira Costa. Their 2020 release Stumbling Home, was dubbed “otherworldly by Rolling Stone and Huffington Post called the duo the “two of the loveliest male-female voices you might hear this or any other year.”

Alive at Five free concert series will continue next Wednesday at Jennings Landing on the Hudson river with Hartley’s Encore and Yam Yam.

If it rains … again … the concert will be held under the bridge.